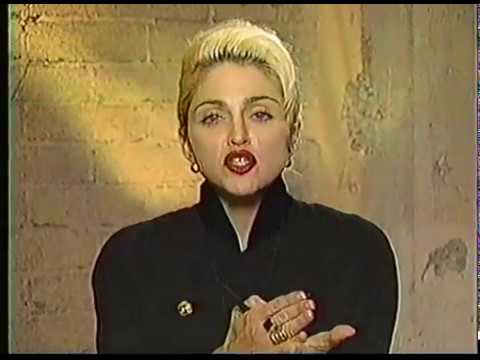 When Madonna appeared on Nightline back in 1990 discussing MTV banning her “Justify My Love” video, she was asked if MTV should have a designated time for “adult content,” the singer delivered a brilliantly spot-on answer still relevant today. “I think MTV should have their violence hour and I think they should have their degradation to women hour,” she said, eyes rolling. “If we’re going to have censorship, let’s not be hypocrites about it. Let’s not have double standards. We already have these videos that display degradation to women and violence that are played 24 hours a day, but yet they don’t want a video playing that deals with sex between two consenting adults.”