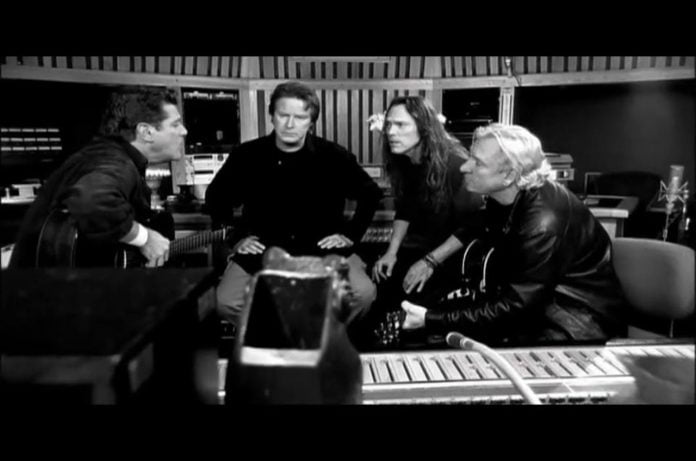 After selling 150 million records — 100 million in the U.S. alone — including 42 million copies of Their Greatest Hits (1971–1975) and 32 million copies of Hotel California, and the recent death of co-leader Glenn Frey, Don Henley has described The Eagles’ tribute to Frey as the band’s “final farewell”.

The remaining members of the group, accompanied by Jackson Browne, played a poignant version of Take It Easy at last month’s Grammys ceremony, just a month after Frey died at the age of 67.

Speaking to BBC Radio 2’s Simon Mayo, Henley described the performance as “very difficult and very emotional,” revealing “we almost didn’t do it. I think it was an appropriate farewell. I don’t think you’ll see us performing again.”