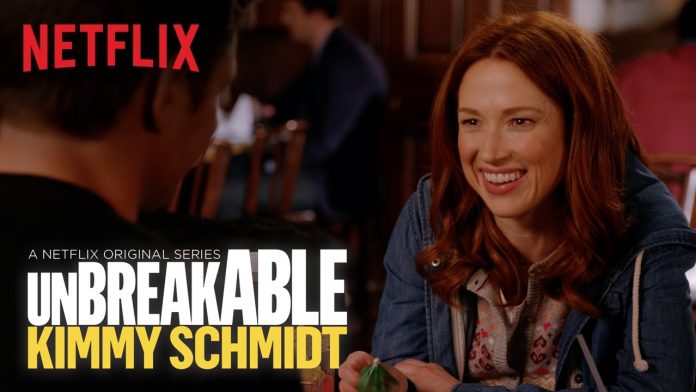 Netflix has released the trailer for season 2 of Unbreakable Kimmy Schmidt, which premiers on April 15th. She’s making the world a #hashbrown Kimmier place.

Ellie Kemper stars as Kimmy Schmidt, a woman who escapes from a doomsday cult and starts life over in New York. After living in a cult for fifteen years, Kimmy decides to reclaim her life and start over in New York City. Armed with just a backpack, light-up sneakers, and a couple of way-past-due library books, she’s ready to take on a world she didn’t even think existed anymore. Wide-eyed but resilient, nothing is going to stand in her way.