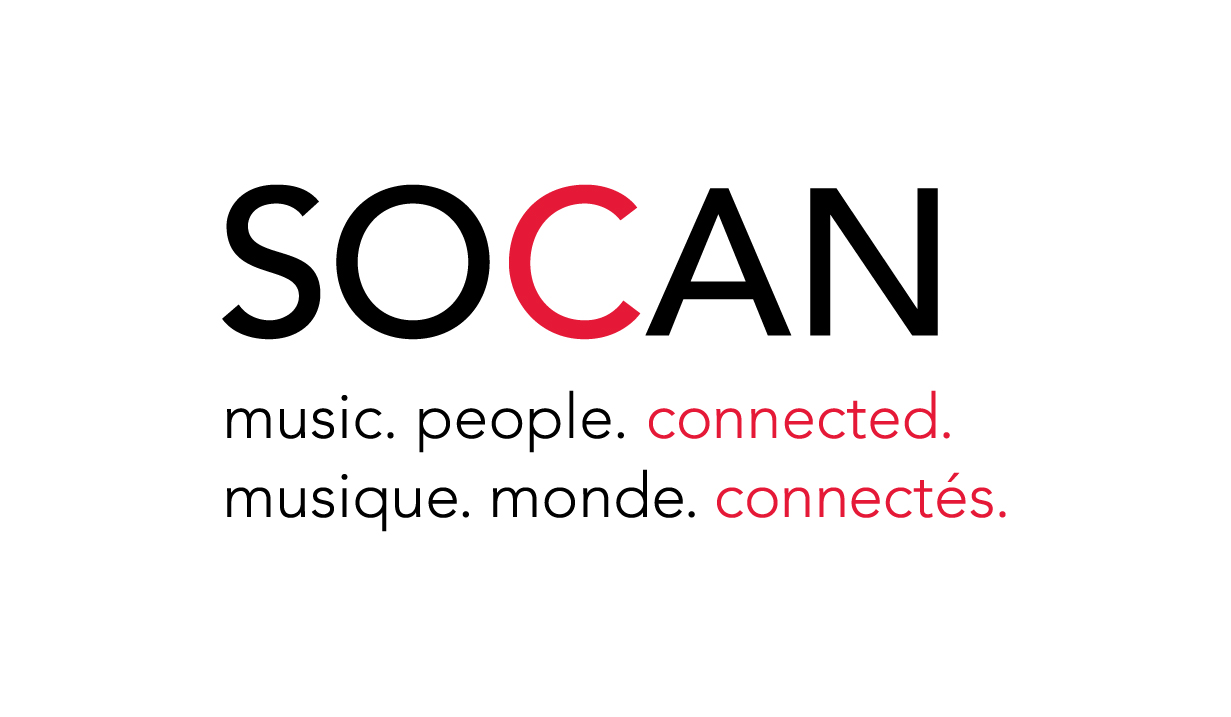 After extensive data analysis, SOCAN has determined that Montréal’s “Mile End” is this year’s Music Creation Capital of Canada, with more working, royalty-earning songwriters and composers per-capita in the western area of Plateau Mont-Royal (postal code prefix H2T) than any other region in the country.
The Mile End neighbourhood is bounded approximately by Mont-Royal Ave. to the south, Van Horne Ave. to the north, Jeanne-Mance St. to the west, and St-Denis St. to the east, comprising addresses with the postal code prefix of H2T. Results were derived by tabulating annual royalties of members earning middle-class income for their creative work, the number of songwriters and composers who live in each area, and the total population of each region.
SOCAN is a member-based organization that represents the Canadian performing rights of more than four-million Canadian and international music creators and publishers. SOCAN is proud to play a leading role in supporting the long-term success of its more than 135,000 Canadian members, and the Canadian music ecosystem overall. SOCAN licenses more than 125,000 businesses in Canada, and distributes royalties to its members and music rights organizations around the world. SOCAN also distributes royalties to its members for the use of their music internationally in collaboration with its peer societies.
“SOCAN proudly represents some of the most famous and successful composers and songwriters on the planet, but we wanted to find out where the highest numbers of professional songwriters and composers are clustered,” said SOCAN CEO Eric Baptiste. “Even though the majority of our members are not making a full-time living creating music, we want to recognize the importance and value of these music creators and the role that they play in their communities as cultural entrepreneurs. Congratulations to Montréal’s Mile End on being Canada’s Music Creation Capital 2016!”
Montréal neighbourhoods made up an impressive six of the top 10 areas in Canada for music creation, with Toronto regions comprising the balance.
With more than 135,000 songwriters, composers and music publishers as members, and approximately $310-million in royalties collected for them in 2015, Canada is one of the most successful countries on earth when it comes to music creation. That Quebec not only boasts the Music Creation Capital of Canada, but six of the top 10 regions in the country is a testament to the strong tradition of and appreciation for artistic expression in the province.
“Musical creation, even when it is the result of one person is always shaped with the help of others, and it’s not that surprising that this area boasts the most successful songwriters and composers in Canada,” said SOCAN member Maxime Morin, who works under the name of Champion and lives in Mile End. “Music is everywhere in Mile End. It’s truly a way of life, not just for a music creator like me, but for just about everyone who lives here.”
Great music-making occurs right across the country and it’s natural that songwriters and composers band together in populated areas that have a thriving arts community, live music venues, recording studios and other parts of Canada’s music ecosystem. 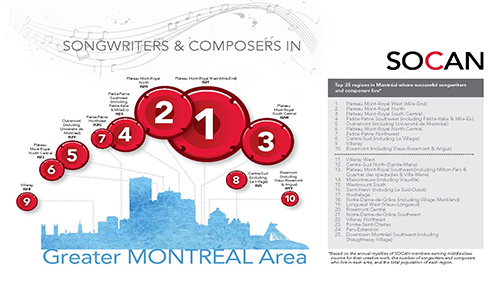 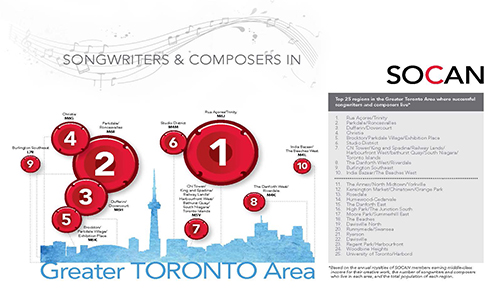