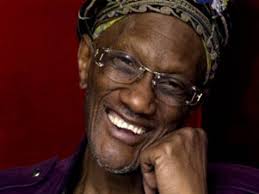 Bernie Worrell, the brilliant funk keyboardist who changed the game with his work in Funkadelic-Parliament, passed away at age 72 following a battle with lung cancer, according to his Facebook page.

“At 11:54, June 24, 2016, Bernie transitioned Home to The Great Spirit. Rest in peace, my love — you definitely made the world a better place. Till we meet again, vaya con Dios,” a statement on his Facebook, presumably written by his wife (who had been updating his Facebook during his cancer battle), reads. “Check BernieWorrell.com for further input, anything you want to post. PLEASE do NOT call/text me. Only family etc. right now.”

Worrell’s synthesizer work is prominent on the majority of Parliament’s most popular (and most sampled) songs throughout the 1970s, most notably “Mothership Connection (Star Child)” and “Give Up the Funk (Tear the Roof off the Sucker)” from Mothership Connection (1975) and “Aqua Boogie” from Motor Booty Affair (1978).

When Parliament-Funkadelic took a hiatus from touring in the early 1980s, Worrell was recruited, along with other musicians from differing musical genres such as guitarist Adrian Belew, to perform and record with Talking Heads, a pioneering new wave band. Worrell’s experience and feel for different arrangements enhanced the overall sound of the band. Though he never officially joined Talking Heads, he was a de facto member of the group for most of the ’80s, appearing on one of their studio albums, several solo albums, and multiple tours until they officially disbanded in 1991. Worrell can be seen in the band’s concert film Stop Making Sense. Worrell was invited to perform with Talking Heads at their one-off reunion as part of their 2002 induction into the Rock and Roll Hall of Fame.

Worrell is a member of the Rock and Roll Hall of Fame, inducted in 1997 with fifteen other members of Parliament-Funkadelic.