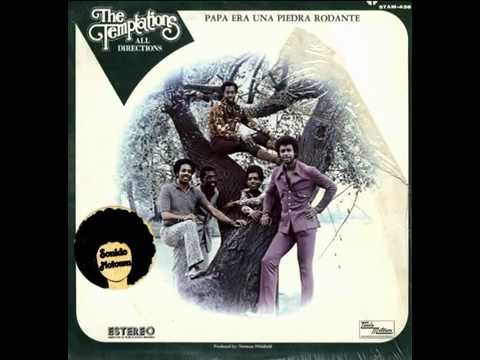 Papa Was a Rollin’ Stone written by Motown songwriters Norman Whitfield and Barrett Strong as a single for Motown act The Undisputed Truth in 1971, is still one of the greatest of all time. Later that year, Whitfield, who also produced the song, took the track and remade it as a 12-minute record for The Temptations. This version of “Papa” was released as a single in early 1972, and peaked at number 63 on the pop charts and number 24 on the R&B charts.

Beginning with an extended instrumental introduction (3:53 in length), each of the song’s three verses is separated by extended musical passages, in which Whitfield brings various instrumental textures in and out of the mix. A solo plucked bass guitar part, backed by hi-hat cymbals drumming, establishes the musical theme, a simple three-note figure; the bass is gradually joined by other instruments, including a blues guitar, wah-wah guitar, Wurlitzer Electric Piano notes, handclaps, horns, and strings; all are tied together by the ever-present bass guitar line and repeating hi-hat rhythm. A very unusual thing about this song is that it uses only one chord throughout the entire song — B-flat minor.