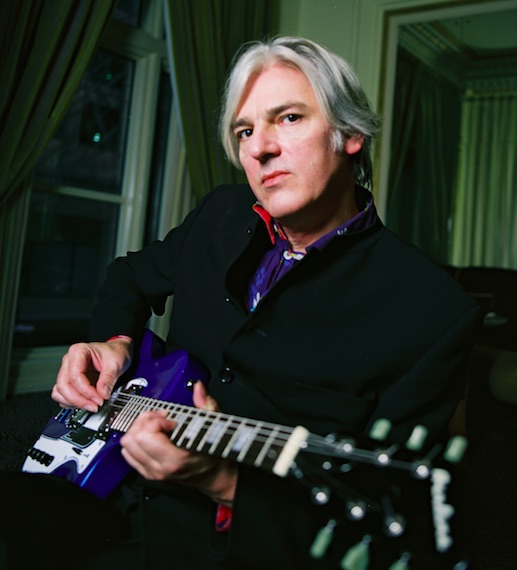 Has the current craze for pop culture nostalgia had any impact on what you do or how you think about what you do? Are you finding that you get called upon to be a “nostalgia” guy more than you used to?

Robyn Hitchcock: As they say, “Nostalgia’s not what it used to be.” Pop culture is now about the same age as I am. I was born in 1953, and rock ’n’ roll seems to have bubbled into being around the same time. Not many people around now actually remember when it started.

People measure their lives out in fashion and in pop culture. They have since World War II, since there’s been no enormous eruption to shatter everything. And everything has been recorded and then re-recorded or adapted to be on a new format, so sound recordings would go from being on a 33 1/3 LP to being on a cassette to being on a CD that came from the quarter-inch tape. But it keeps getting upgraded; you can listen to it on LP again now. It’s just that there’s now so much of it — people’s lives are measured out in, “Oh yeah, do you remember the Specials?” “Oh, right.” “Cyndi Lauper.” “Oh, I lost my virginity to ‘Time After Time’.” I mean, I didn’t personally, but you know, somebody probably did. Or “I had the best hangover of my life after going to see Blur.” You see people feeling about the Stone Roses the same way that I felt about the Jefferson Airplane, and you see those people also getting older. I look around at the punks now, who are a few years younger than me, and they’re all coming up 60. There was a time when punks made me feel old, because I was such a determined Class of ’67 guy and I couldn’t really embrace ’77 fully.

I’m not called on to be anything, particularly, in this environment. We’ve all got our period that we get excited about. Mine’s probably from ’64 to ’70. Music you hear as a teenager, or when you’re a young person, just stays with you much more intensely than what you hear afterwards. You’re a much more impressionable organism, and if you want to feel young again you put on a record that you first heard when you were 13. If I want to rush upstairs without running out of breath I’ll listen to Revolver. It’s just how it is.

Is everything swirling around the bowl before it actually disappears? What’s interesting is that there’s been very little change in fashion in the last 20 years. I saw a movie set in 1995 and I didn’t realize it was set in 1995 until I saw people smoking indoors. The things that have changed the most now are people’s cell phones and their laptops. After the eighties, and the big hair and the shoulder pads, fashion seems to have settled down into an all-purpose zone. If you want to be a hipster, you can have a checked shirt and jeans, and you can have a beard or not have a beard, or you can have a leather jacket. There are maybe more beards around than there were 10 years ago, but the result is to make a lot of people look like it’s 1974.

I wonder whether life has accelerated so much between 1950 and 2000 that what we’ve seen this century is people simply trying to catch up. All this music was churned out, all these clothes came out, all these movies came out. If you’re coming up now as a 15-year-old, there’s so much to draw on, assuming you’re even interested in music or movies and don’t just want to play online games. It’s different. There aren’t the generation gaps there used to be. There aren’t the fault lines that say, “You don’t belong here.”