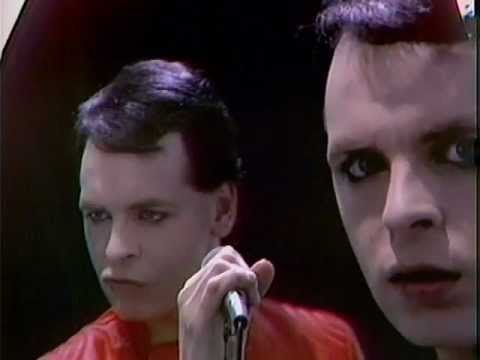 You talk about that being a transient time in the music industry. Obviously, things today are radically different. There’s a lot of debate over the way things have changed and whether it’s better for artists or worst for artists. What do you think?

What’s really cool is that I think the days of the record company are numbered. That’s not a bad thing.

I find it absolutely fascinating. I love it. There’s all this talk of streaming and how awful it is. And it is. As far as artists getting paid, it’s awful. But there is so much opportunity now. And it’s all swinging toward the artists. There’s still a shit ton of corruption that’s going on. These movers and shakers are set up with Spotify and this money that’s vanishing into the ether. A lot of that is rumor mongering, I guess, but some things are not right.

But I don’t care about any of that, to be honest. What’s really cool is that I think the days of the record company are numbered. That’s not a bad thing. I think they’ve screwed artists really badly for decades. They still are. Now it’s all swinging toward label services, which is a much better thing for the artist. The thing is, as an artist, I would much rather have the fan standing right there. They give me their money. Here’s my album. We have a little chat. Fantastic. A nice, close interaction. We’re talking to each other and there’s nobody in between. I think the music industry has been plagued by people getting in between artists and fans.

We’re getting into a situation now where this much closer connection between fan and artist is not only achievable but desirable. And everybody wins. Fans are getting what they want. They’re getting closer access to the bands they like. The Internet is enabling things like Pledge Music, where you can interact and you can actually see the album being made and be a part of the whole process. They’re seeing things that they never would have seen before. At the end of it, they’re getting an album and they have a much greater understanding of what it took to make it. Special versions, limited editions. Really beautiful quality packages, which nobody would have really bothered with as much before.

A lot of people say that, even as the old model collapses, there’s still a role for record labels to play. It might look very very different than it used to, but it still exists. But you’re saying: No, to hell with ’em. Why?

It was necessary for so long, but it’s becoming less and less necessary now. And I think that’s just brilliant. Years ago, I started to run my own label called Numa Records. This was the ’80s. Back when you still had your big record chains like Tower Records. They absolutely killed me. For example, I put out one album. They would order a thousand and they would only pay for one in 20 of those that they ordered. And if you didn’t accept that deal, they didn’t stock you at all. There was no Internet. No way of reaching out to people. No direct access. Because of those ridiculous deals, small labels, and probably even bigger ones would crumble. You’ve got no power. You’ve got nothing to fight them with. So you give them a thousand albums and then hope they do well enough that it gets in the chart. And then maybe someone else will stock it. And you can get your money. Nine times out of 10, that didn’t happen. You go out of business, the company folds. My record company folded fairly quickly.

You look at a 12-pound album, and six pounds of that went to the shop. Of the six that went to the record company, the artist ended up getting about 40 pence. We’d get the least of it than anyone! Fans hate us because they think we’re all rich and overpaid with supermodels hanging off of us on every street corner and driving around in Ferraris. And fucking record stores are killing it, making an absolute fortune. So, it started with them. The big record chains began to struggle and disappear. Aw! [Laughs] … That was such a good moment. I didn’t feel guilty at all. They ruined so many great little labels that could have done some really great things. And probably took down half the artists that struggled with them.

And then next come record companies. My first deal was for 4% of 90. And then it got improved to 8% of 90. Woooooee! Whoopie fuckin’ dookie. My early stuff is still with a label. It’s there forever. And even now it’s been raised to what the current legal minimum is. It’s still pathetic. You could not possibly earn a living, unless you’re Rihanna. Unless you’re selling in that volume. And now they’re doing these 360 deals, where they want a bit of your touring, your merchandising. They even want a share of management income, some of them. It’s the savage throws of a dying monster and the sooner it’s gone, the better. Get rid of it

There are a lot of people who are really frightened about what’s going on at the moment. I’m the opposite. I think it’s an amazing time. It’s a golden era for bands. You’ve just got to be aware. You’ve got to be savvy with the technology that’s coming and adapt it to you, or you to it, whatever it might be. I’m optimistic, because I’m sure there are other things coming that are going to be really useful. But most of it involves direct access to fans.

I guess people’s experiences are going to be different, depending on what kind of career they’ve had. I’ve been pretty much independent for decades. I went against the record company route a long time ago. I’ve been trying to find ways of improving upon that for a long time. And now, it finally feels as if we’re getting there. We really do have tools that we can use that can just cut out so much of this other stuff that interferes and doesn’t do the job it says it’s going to do. Lies to you. Steals from you.

The business model of lots of different parts of the music business—management, agents, record companies, label services—they’re changing all the time. And they need to, because everything that was there before does not work anymore. In my opinion, any band that signs to a record label is making a mistake. I’ve been through some collaborations recently with some bands that signed to labels and they’re like “Fuck.” You look at the deals they’re getting. You’re never going to make anything. And because of that, you won’t be able to afford to make more music. It’s going to hit your music, your income. You won’t be able to sustain what you’re doing.

I’m such an advocate of going your own way and using what’s around us now. I’m really passionate about it. I talk to people about it all the time. I’ve got plenty of people that agree with me—And plenty that don’t, to be fair—but I believe that where I’m going is the way to go. With the new album, I’m doing this Pledge campaign, which is the first step of an independent route. And now I’m toying with the idea of not even going through label services’ distribution. We’ve got a big Facebook presence, a big Twitter presence. I’ve got my own online store. I don’t need these people in the middle. I can tour the shit out of it. I’ve got my own marketing and promotion budgets anyway. I’m keeping everything. Keeping ownership and control. Having no interference, creatively or otherwise. I just put my arms around it and keep it.

There are so many bands out there, all looking at what’s going on and coming up with their own answers to their particular problem as a band. And they’re very different, but we can all learn from each other. Did that work, giving it away? Not really! Maybe that’s not quite the answer then. What could you do instead? And a thousand other things. It’s a genuinely fascinating time. I can’t think of a time in the business when it’s been so open-ended. There are so many ways of going about it now. And we’re all looking for the one that suits us. It’s absolutely brilliant. I’m loving it.

It sounds like a pretty exciting time, at least from your vantage point.

Talk to me in a year and I’ll be bankrupt and saying “ah, fuck it!”