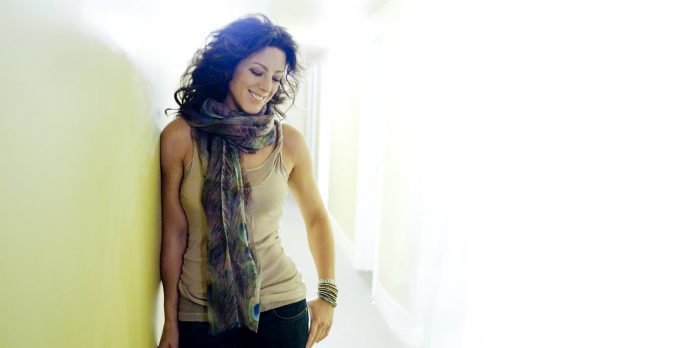 The launch coincides with this weekend’s 2017 JUNO Awards, where McLachlan will be honoured during the televised broadcast on Sunday, April 2.

One of the most celebrated singer-songwriters in entertainment, the multi-platinum award-winning performer has achieved international acclaim as a musician and philanthropist. McLachlan has sold more than 40 million albums worldwide, and released iconic hits, like “Building a Mystery,” “Angel,” and “Sweet Surrender,” which continue to have a lasting impact today.

“I’m incredibly honoured by this exhibition that features my work as a songwriter, as well as my efforts to give back and build stronger communities through music,” said Sarah McLachlan. “Music is a gift that’s meant to be shared and I was happy to be able to loan many beloved pieces to the National Music Centre for this exhibition.”

The exhibition, called Milestones: Sarah McLachlan, will be located on Studio Bell’s fifth floor, and will feature a wide selection of awards and artifacts from McLachlan, including her CP-80M electric grand piano, used during her Lilith Fair performances; her Kay “Barney Kessel” electric guitar, which appears on McLachlan’s sophomore album, Solace; and a Kala ukulele. Other treasures shared by McLachlan include hand-written lyric sheets, original tour books, and an outfit she wore at Lilith Fair.

Visitors will gain a better understanding of McLachlan’s landmark career from her first recording contract at age 19 with Nettwerk; her role as the founder of Lilith Fair, the most successful all-female concert series in North America that sought to bring musical communities together, and raised in excess of $7 million dollars for local and national charities; her support for free music education for under-served youth in Canada; and her creative process as a performer and artist.

“As the physical home of the Canadian Music Hall of Fame, NMC will continue to fulfill its national mandate by working closely with the Canadian Academy of Recording Arts and Sciences, and others to showcase the remarkable contributions of Canadian musicians, past and present, through on-site programming and exhibitions at Studio Bell,” said Andrew Mosker, President and CEO, NMC.

“CARAS is excited to see this exhibition launched in partnership with the National Music Centre, and to continue this annual tradition of honouring our iconic Canadian Music Hall of Fame inductees,” said Allan Reid, President and CEO, CARAS.

Milestones: Sarah McLachlan is accessible with paid admission to Studio Bell, and will run from March 29, 2017 until the fall of this year.