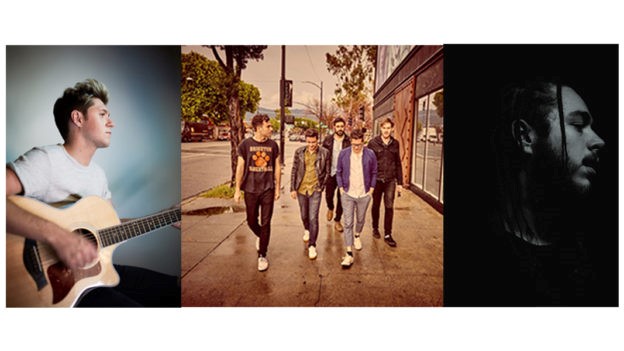 Much turned up the volume on Toronto’s biggest block party today, announcing the next group of talent confirmed to take the stage at THE 2017 IHEARTRADIO MUCH MUSIC VIDEO AWARDS. Arkells, Niall Horan, and Post Malone are the latest round of chart-topping performers set to belt it out at this year’s show. Much also announced KJ Apa, Lauren Cohan, Lilly Singh, and Nikki Bella as the first round of presenters confirmed to appear on THE 2017 IHEARTRADIO MMVAs broadcast.

Much also announced today the nominees for the THE 2017 IHEARTRADIO MMVA Fan Fave awards. Fans can have their say in this year’s awards by going online now to cast their Wildcard vote for any of the awards, including Fan Fave Artist or Group, Fan Fave Video, Fan Fave International Artist or Group, and new this year, Fan Fave Much Creator. Each of these three categories also includes a special Wildcard slot, which viewers control by voting for the fifth and final nominee. Wildcard voting closes Wednesday, May 17 at 12 p.m. ET. The winning Wildcard nominees, along with the full lineup of THE 2017 IHEARTRADIO MMVAs nominees, will be announced on Thursday, May 18.

The 2017 Fan Fave Nominees and Wildcard choices are: