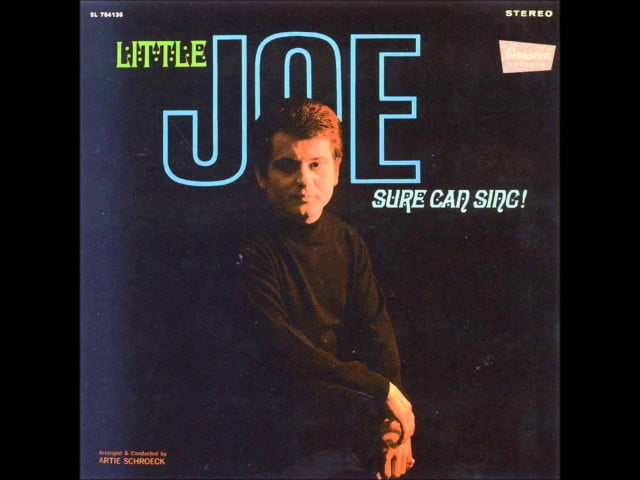 As a teenager, a pre-Oscar winning actor, Joe Pesci was friends with singers Frankie Valli (who was nine years his senior) and Tommy DeVito (who was 15 years his senior), and in 1959, at age 16, he helped introduce them to singer and songwriter Bob Gaudio, which led to the formation of the band the Four Seasons. In the 1960s, Pesci began working as a barber, following in his mother’s footsteps. At the same time, he tried to start a musical career, playing guitar with several bands. In 1968, he released his debut album Little Joe Sure Can Sing! (billed as Joe Ritchie), on which he sang covers of contemporary pop hits.