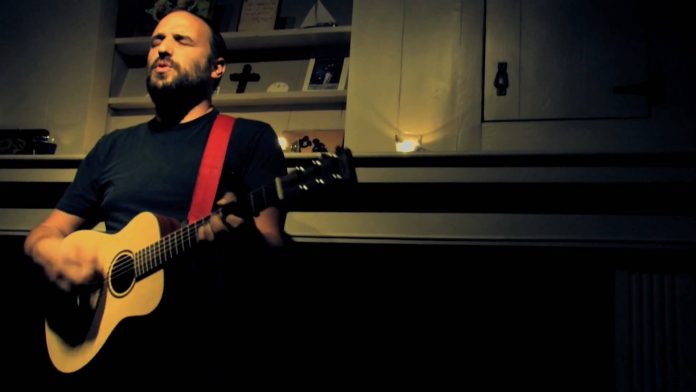 Last spring, after 11 years of performing and recording under his own name, Dave Bazan’s growing fatigue with working alone hit a tipping point. “I missed the energy of making music with other people on stage and constantly traveling alone was starting to really sting”, Bazan recalls. “I needed to be in a band again”.

At that point, assuming this new band would be billed as “David Bazan Band” or similar, he began to set the wheels in motion to make it happen. He rented a rehearsal space again, hired a couple buddies for upcoming tours, and started fleshing out demos for the band to cue off of.

He didn’t realize it at first, but by mid-summer something big started to dawn on him: he had stumbled back into the very same process that yielded the first three Pedro the Lion records. “To my surprise, it felt a bit like coming home.” Bazan is very excited to be back playing rock & roll as Pedro the Lion again.

Last time I saw you in Pittsburgh, you covered Tom Petty’s “Climb that Hill.” Can you talk about his influence on you?
He’s the only person whose work I’ve known that intimately who’s died. I’m a big Bowie fan and a big Prince fan, but Tom Petty’s catalog I just know more intimately. It was more of a native language for me. And maybe it was because folk music — strumming an acoustic guitar, I know how to do that.

… Basically Wildflowers is how I got into it, because I didn’t listen to any secular music when I was a kid. So I didn’t know any of the earlier stuff, even the way that most people do because it’s just in the air. I was in a different air. But when Wildflowers hit me I kind of fell in love with it. … It appealed to me that he took standard — and almost stock — forms and imbued them with his real vibrant personality in a way that transcended the form. And he was able to take simple phrases and simple ways of doing things, and by being real within those forms was able to convey something totally unique and worthy of study, almost. Wildflowers is just a record of tremendous depth even though it’s really just strumming acoustic guitars to drums.