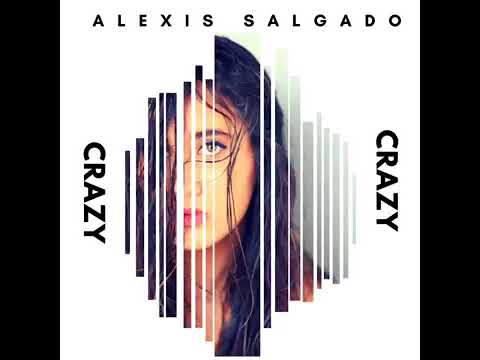 With music as her passion and Miami as her playground, Cuban-American singer/songwriter Alexis Salgado is quickly rising among the ranks as ‘one to watch.’

“Being an artist in Miami is very different,” shares Salgado on her hometown. “It’s not easy. There’s a lot of competition, a lot of people vying for their shot.

“You always have to work that extra bit harder to succeed.”

Thankfully, working that extra bit harder comes naturally to Salgado. It was during an intense recording session for a different set that the makings of “Crazy” came to be, and she happily added more to her musical plate to do.

“I was actually in the studio recording a different song,” Salgado recalls, describing how “Crazy” came to be. “My producer Shorne showed me this new beat he was working on.

“I could help it. I fell in love with it instantly, and had to start writing to it.”

One listen and it’s easy to hear why. Relatable and infectious, “Crazy” is set to be a summer hit.

“It’s is just one of those songs that sticks with you the way a person sticks with you,” muses Salgado on her feelings behind the song. “It’s about the way someone can make you feel both physically and emotionally when it comes to love.”

Born in San Gabriel, California Salgado moved to Miami by way of San Marino, instilling in her a diverse, bi-coastal perspective. Falling in love with singing at the age of three, she counted herself a veritable songwriter by age eight. Her parents, seeing her talent and keen to support, quickly signed her up for professional singing lessons to finesse her capabilities further.

County fair, city concert and local club appearances soon began to tally on Salgado’s resume and, in 2011, she was approached and signed to her first label deal via Carrillo Music.

From there, she was off to the races… Her first release, “Never Knew” with Liam Keegan, reached #1 in the UK and #35 on the US Billboard Dance charts, and her latest — ”Ride or Die” with Izaar James — hit #32 on the Billboard Mediabase Indicator Charts.

While she counts vocal powerhouses Christina Aguilera, Mariah Carey, Toni Braxton — not to mention the late greats Michael Jackson and Whitney Houston — among her many influences, Alexis Salgado’s talents mean she doesn’t have to work hard to stand in a spotlight all her own.