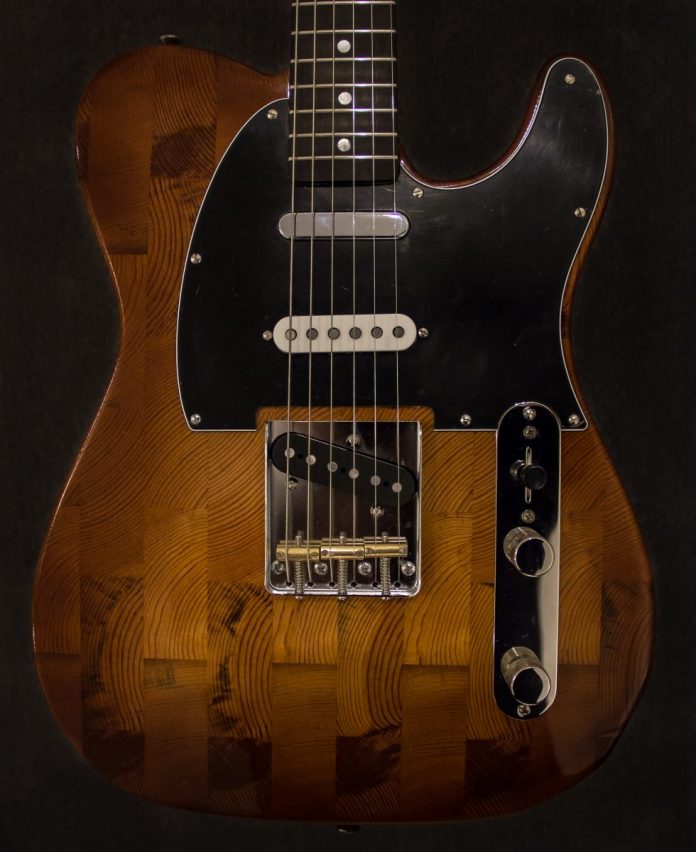 The new guitars are available now to coincide with the launch of Wallace Detroit Guitars’ new website, located at wallacedetroitguitars.com, and which features detailed photographs and specifications of each guitar. It also provides a deep dive into the remarkable origins and craftsmanship of these unique instruments, as well as availability and ordering information.

“Our goal with these guitars is to preserve the history of the city we love while honoring its tradition of superior craftsmanship,” says Wallace Detroit Guitars owner Mark Wallace. “Detroit is a community of people who know how to make stuff, and our company is cut from that same cloth. The firehouse at 250 West Larned Street served our city with honor for many years, and we are pleased to be able to preserve its history in this truly unique limited edition of instruments.”

For Wallace, these instruments mirror the revitalization of his beloved city, which is welcoming new ideas and creativity while continuing to draw from its rich past. “I’m trying to take something that was once great but has been and cast aside and transforming it into something new and vital,” he says. “It’s an exciting time for the city of Detroit because there are a lot of other businesses and organizations working from that same ideology. There’s really an energy building up.”

The firehouse building, located on 250 West Larned Street in downtown Detroit, stands on a site that has been in use by fire departments continuously since about 1840. The existing structure was built in 1929 after a design by Hans Gehrke, a leading Detroit architect during the pre-war era. Four large arches with massive red doors are the centerpieces of its iconic four-story brick and terra cotta façade. It was among the first firehouses in the city designed without accommodations for horses, which had been retired from service seven years earlier. After years of service as a fire station, the building would go on to serve as the long-time Detroit Fire Department headquarters until 2013. Conveniently located across the street from the Cobo Center, it is now being renovated for conversion into a boutique hotel.
Wallace was alerted to the cache of historic wood from the firehouse through his relationship with the Architectural Salvage Warehouse of Detroit, a non-profit organization that helps in the deconstruction of historic buildings in the city. “They care about the city just us as much as we do, so we’re always happy to support them in their efforts, which include providing jobs and training to locals as well as protecting historical resources,” says Wallace.

The first guitars released from the firehouse wood will be a pair made of pine and featuring a brand new offset body shaped, designed by Wallace Detroit Guitars. Eye-catching and comfortable to wear, the smoothly rounded dual ‘horns’ cut a classic profile on-stage or in the studio. “Pine is a lighter, softer wood with more air inside of it as compared to common guitar lumbers like ash or poplar,” says Wallace. “That allows it to resonate a bit more for a nice prolonged tone.” Pine has only begun to see wide use in guitar making within the last ten years, so these guitars present a unique opportunity to own a pine guitar with the sound and feel of vintage wood.

Wallace Detroit Guitars was also able to salvage enough maple from the firehouse to build an edition of ten single-cutaway guitars, the company’s signature body shape. Each wood is hand-finished with a hand-rubbed oil finish that preserves the wood’s natural look and protects it for years to come. The vintage maple lends the guitar a clear, bright attack with musical sustain perfect for any style of music. “The resins inside an older wood will have crystallized more and therefore be more stable, so these guitar will have a nice mature tone,” says Wallace.

All Wallace Detroit Guitars feature a neck built from maple sourced from Michigan forests and include a hand-cut bone nut. The pickups are hand scatter-wound in-house for a classic vintage sound. Each guitar will be engraved with a specially assigned serial number beginning with the numbers 313 for the area code of Detroit, followed by DFD for the Detroit Fire Department—also notably emblazoned above the building’s pedestrian doors—and finally an edition number. Like classic motorcycle parts, the butt of the neck and neck pocket are engraved with matching serial numbers as well to ensure that original components are traceable. Each guitar also ships with a one-of-a-kind hand-made guitar strap fashioned out of reclaimed car upholstery and a hard-shell leather case.