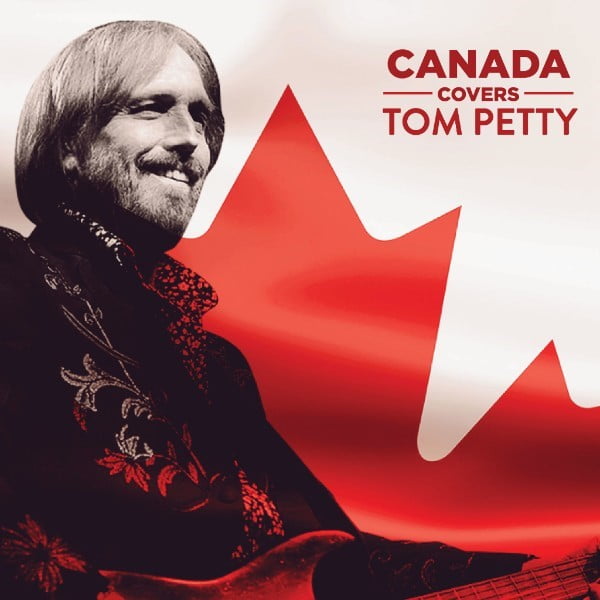 Canadian singer-songwriter Jadea Kelly is excited to announce Canada Covers Tom Petty – a collection of covers in honour of the late American singer-songwriter. The official playlist, curated by Jadea, will be released on October 20th – what would have been his 67th birthday, a year following his untimely death. The collection of covers includes Learning to Fly by Matt Mays & Terra Lightfoot, Crawling Back To You by Sweet Alibi, Don’t Come Around Here No More by Royal Wood, and many others (full list of songs and artists below). To mark the anniversary of Petty’s passing Jadea releases her heartbreaking cover of Wildflowers. Jadea, along with Toronto’s the Black Pearls featuring special guests will celebrate Petty’s life with a tribute show at the Dakota Tavern in Toronto on December 20th.

“A few months ago I recorded Tom Petty’s ‘Wildflowers’ with my partner (John Clinebell). We heard it on the radio one night while driving and thought ‘hmmm, let’s create our own version’. Once it was complete we thought ‘Hey, wouldn’t it be great to release this cover on a playlist with other Canadians covering Tom Petty’…but we couldn’t find any online;” shares Jadea. “So, I began reaching out to my Canadian songwriter friends to create individual covers and the response was overwhelming. Everyone immediately said yes because everyone loves and respects Tom Petty.”

Over the course of his career, Tom Petty sold over 80 million records worldwide and performed worldwide, including many Canadian provinces between 1976 and 2017. He is highly revered in Canada by fans and artists alike.

“I was always a fan of Tom Petty, but this playlist has opened my ears to his extensive catalogue. Amongst the obscure covers contributed, I have come to realize one very important thing. Tom Petty was a songwriter of compassion.” Jadea continues; “Every single lyric and sentiment expresses love and forgiveness. There is no malice or regret, only understanding. “You belong among the wildflowers”; you deserve love and greatness in your life, regardless of past transgressions. Gorgeous.”