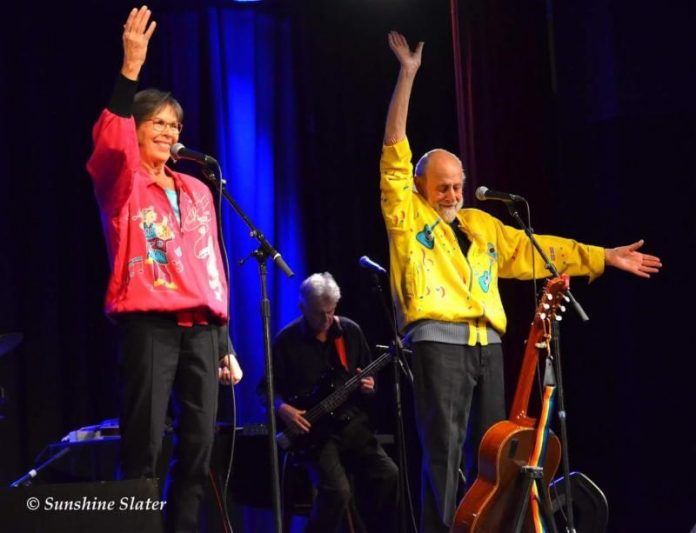 For 40 years, Sharon Lois & Bram have been synonymous with family entertainment across North America, have earned accolades for their significant contributions to the development of children’s music, but are probably most loved for being the music-makers who invite everyone, babies to grand folks, to be part of the music, to sing and be joyful together.

At a gala event hosted at Young People’s Theatre in Toronto Sharon & Bram were joined by media personality Kevin Frankish to announce details of a year long 40th Anniversary celebration and cross-Canada Farewell Tour. To commemorate the milestone year, as they travel across the country Sharon and Bram are asking Canadians to join them in shining a light on the importance of coming together to sing – as families and as communities right across Canada – to embrace the values of togetherness, diversity and inclusiveness.

“We have had 40 wonderful years singing for generations of music fans and have been thrilled seeing those youngsters back at our performance with their children, and even grandchildren,” says Sharon Hampson. “And now, as we wind down our performance career we hope that all of those fans will come out and sing with us one last time”.

As part of their year long anniversary, the duo will release four new singles, marking each release with a large-scale public sing-a-long timed to the release of the song and will culminate in September 2019 with the publication by Penguin Random House of a picture book of their beloved trademark song “Skinnamarink” and a nationwide event unveiling a brand-new version of Skinnamarink with additional lyrics.

More details will be revealed in the coming weeks on the Sharon & Bram social media pages.

Since 1978, Sharon Hampson and Bram Morrison have been pre-eminent in all aspects of family entertainment across North America as members of the trio “Sharon, Lois & Bram”. Together, the threesome produced over twenty recordings, beginning with their iconic One Elephant, Deux Éléphants. They have appeared in every major concert hall in Canada, and many United States including Carnegie Hall, The Lincoln Center and the White House in Washington. They have received countless awards, including Gold and Platinum Records and JUNO awards for Best Children’s Album. To date, they have sold over 3 million albums worldwide and over 16 million people have viewed the Elephant Show Skinnamarink. For their years of work providing the best in participatory music for children and their families, Sharon and Bram, along with Lois, have been inducted into The Order of Canada, the highest honour in the country.