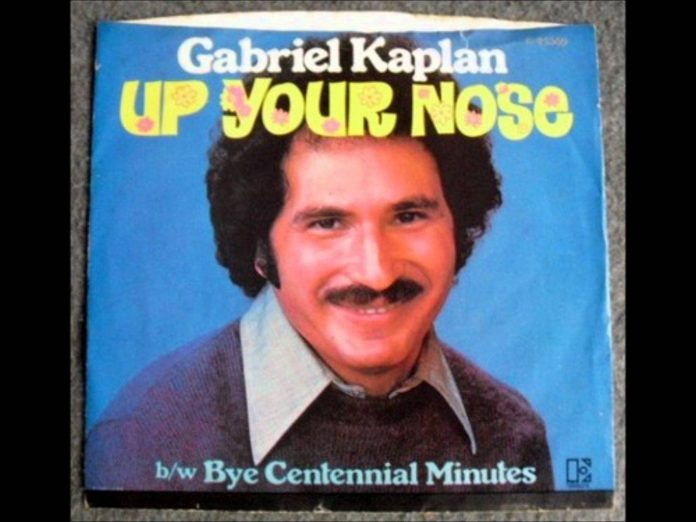 Remember the sitcom, Welcome Back Kotter? That show about a teacher and his “gifted” group of students (and starred a young John Travolta). In the sitcom, real-life comedian Gabe Kaplan played Gabe Kotter, who returns as a teacher to the dysfunctional high school where he had been a student. The series ran from 1975–79, and Kaplan bought a home in Palm Springs, California with his earnings. “Up your nose with a rubber hose!”, sanitized from the original album line “Up your hole with a Mello-Roll!”, became an unlikely catchphrase from the show. It became so popular that a comedy record by Kaplan, Up Your Nose, was released by Elektra Records. The record, co-written and -produced by Kaplan, dented the Billboard Hot 100 in January 1977, peaking at #93.