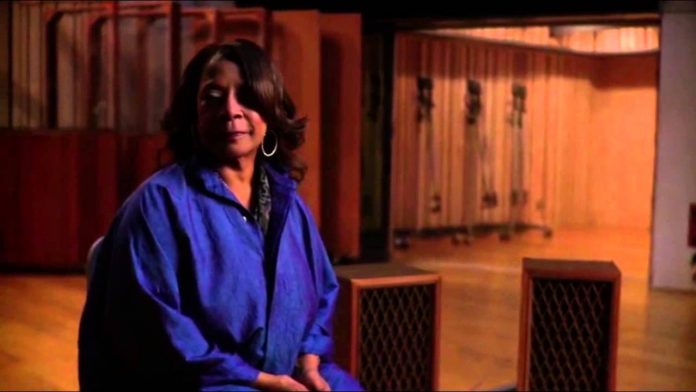 Gimme Shelter, the opening track to the 1969 album Let It Bleed by the Rolling Stones has a long, storied history. Greil Marcus, writing in Rolling Stone magazine at the time of its release, praised the song, stating that the band has “never done anything better”.

The recording features guest vocals by Merry Clayton, recorded at a last-minute late-night recording session during the mixing phase, arranged by her friend and record producer Jack Nitzsche. After the first verse is sung by Jagger, Merry Clayton enters and they share the next three verses. A harmonica solo by Jagger and guitar solo by Richards follow. Then, with great energy, Clayton repeatedly sings “Rape, murder! It’s just a shot away! It’s just a shot away!”, almost screaming the final stanza. She and Jagger then repeat the line “It’s just a shot away” and finish with repeats of “It’s just a kiss away”. When speaking of her inclusion in the recording, Jagger stated in the 2003 book According to the Rolling Stones: “The use of the female voice was the producer’s idea. It would be one of those moments along the lines of ‘I hear a girl on this track – get one on the phone.'” Summoned – pregnant – from bed around midnight by Nitzsche, Clayton made her recording with just a few takes then returned home to bed.

At about 2:59 into the song, Clayton’s voice cracks under the strain; once during the second refrain on the word “shot”, then on the word “murder” during the third refrain, after which Jagger is faintly heard exclaiming “Woo!” in response to Clayton’s powerful delivery. Upon returning home, Clayton suffered a miscarriage, attributed by some sources to her exertions during the recording.

Merry Clayton’s name was erroneously written on the original release, appearing as ‘Mary’. Her name is also listed as ‘Mary’ on the 2002 Let It Bleed remastered CD.