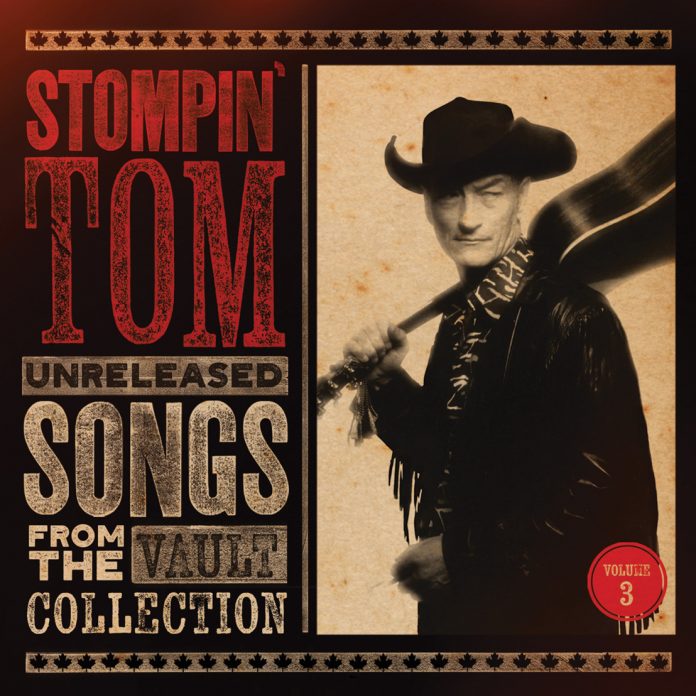 Anthem Legacy, an imprint of ole label group, continues the rich musical legacy of Stompin’ Tom Connors with the release of Unreleased Songs From The Vault Collection Volume 3 on December 7, 2018. The Canadian musical icon passed with 120 recordings in what he referred to as “The Vault”, in order to safeguard against the possibility that he should at some point find himself unable to continue in the studio. 14 new tracks from this collection will be available featuring special guest artists: JUNO Award-winners The Sheepdogs, CCMA Award-winners The Washboard Union, JUNO Award-winning fiddle virtuosos Natalie MacMaster and Donnell Leahy, JUNO Award-winners The Good Lovelies, JUNO Award nominee Royal Wood and Human Kabab.

“These songs are a collection that Tom recorded in 2011-2012 before his passing, and are some of his favorite songs he performed by request before he was known as Stompin’ Tom,” said Tom Connors Jr. “Tom wanted to make sure that many of the old country songs he grew up listening to are not to be forgotten. He put these songs in “The Vault” in hopes that others can enjoy or even record them for themselves one day, to help keep traditional Country music alive and well for generations to come.”

The songs included in the Stompin’ Tom – Unreleased Songs From The Vault Collection Volume 3 are written by some of Tom’s favourite singer-songwriters that inspired him over the course of his life and career. Classics including: Hank Williams’ “So Lonesome I Could Cry” feat. The Washboard Union, Russ Morgan’s “Cruising Down The River” feat. The Good Lovelies and Don Gibson’s “Oh, Lonesome Me” feat. Royal Wood, are covered by Stompin’ Tom with his signature vocal style and guitar.