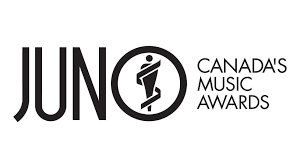 The Canadian Academy of Recording Arts and Sciences and CBC today announced the final list of performers and presenters to appear on The 2019 JUNO Awards Broadcast, hosted by Sarah McLachlan. The 2019 JUNO Awards will be live from Budweiser Gardens in London, ON on Sunday, March 17 at 8 PM ETand broadcast live on CBC, CBC Radio One, CBC Music, the free CBC Gem streaming service, and globally at cbcmusic.ca/junos.