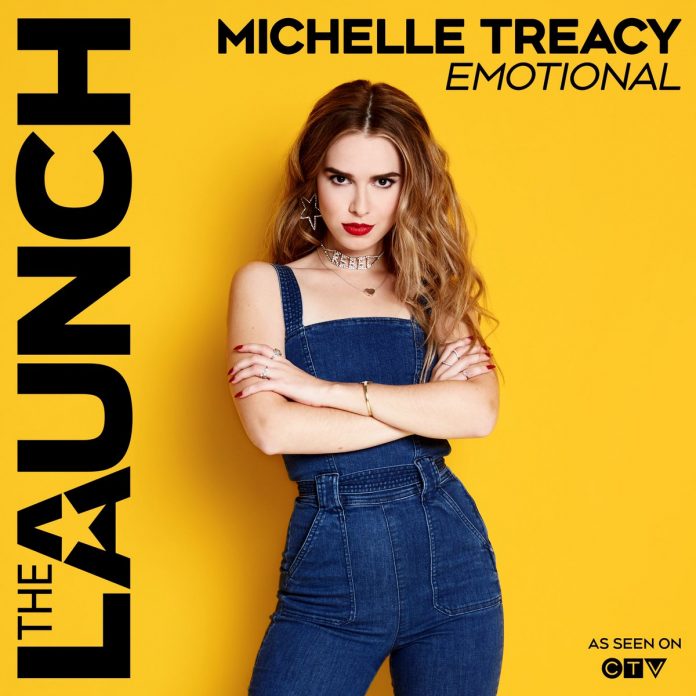 As announced tonight on CTV’s THE LAUNCH, pop artist Michelle Treacy from Ottawawas chosen by world-renowned music executive and CEO/Founder of Big Machine Label Group Scott Borchetta, Québec pop icon Marie-Mai, celebrity mentor Bebe Rexha, and producer Nile Rodgers to launch the new original single “Emotional.” The sixth single from the smash-hit music series was released to radio stations across the country immediately following tonight’s broadcast. The song is also available now on music services everywhere. Encore presentations of THE LAUNCH air Saturdays at 8 p.m. ET/PT on CTV and Sundays at 11 a.m. ET on Much (visit CTV.ca and Much.com to confirm local listings) and is streaming now on the CTV app.

“I just got launched and I have a song with Nile Rodgers! I feel like I’ve grown so much in this process, which is surreal because it’s all happening so fast,” said Michelle Treacy.

Following the audition process with emerging artists Adrian Chalifour, Del Hartley, Sarah Carmosino, WILL, and Michelle Treacy – the mentors chose WILL and Michelle Treacy as the two artists to record and perform their own versions of “Emotional” in front of a live studio audience.