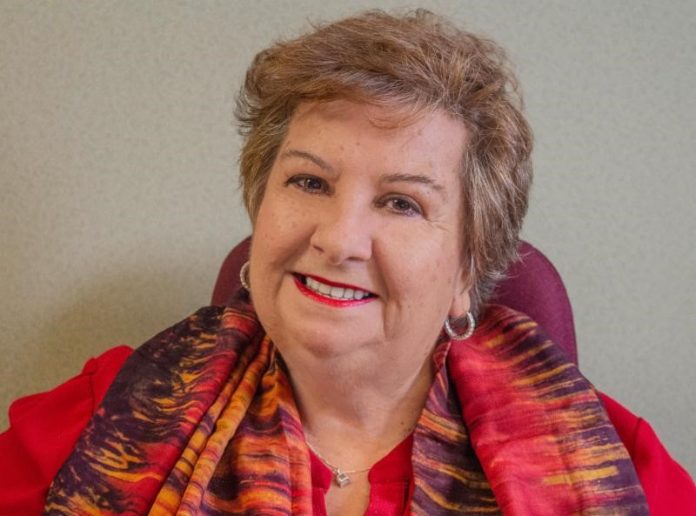 The Rosalie Award was established in 2005 to recognize Canadian women who have blazed new trails in radio. Rosalie Award recipients are women who are successful in the radio industry and are seen as leaders, mentors, and people making a difference in the business. The Rosalie Award is supported by CBC and Slaight Music, and Direct Media Sales.

Carmela began her decades-long career in the broadcasting industry at CHIN Radio, serving as Sales Assistant, Sales Manager, and was later promoted to Vice-President of Sales, Marketing and Promotions, becoming the first woman to hold a Vice-President position with a Canadian ethnic broadcaster and one of the youngest Vice-Presidents in the Canadian radio industry at the time.

In 1993, she joined ERG as Vice-President & Radio Group Manager where she has been instrumental in helping to grow ERG, constantly fostering opportunities for the company to acquire and launch new stations. When she first joined, ERG only had one ethnic station (CIAO-AM Brampton) and an equity interest in CING-FM Burlington. ERG now has 19 stations across four provinces, serving major, medium and small markets in a wide variety of formats (including Specialty, Ethnic, Christian, Top 40, and Adult Contemporary, Country and even LBGTQ2+).

She has worked to foster talent in the Canadian music and broadcasting industry. She has helped to administer ERG’s over $10 million in direct contributions to Canadian artists and talent, and has worked to provide airplay, on-air mentions, and performance opportunities. Carmela is also dedicated to mentoring the next generation of professionals in the broadcasting industry – she introduced an internship program at ERG, and has helped to set up four separate ERG broadcasting endowments across the country at major universities and broadcasting schools.

Outside of ERG, Carmela serves as Secretary of the Canadian Association of Broadcasters Board of Directors, and has been involved in a wide range of broadcasting policy and regulatory work over the years. She is also involved in the broader community, serving as a board member for a number of not-for-profit organizations, supporting community programs and partnership initiatives between business and organizations.

Carmela is a past recipient of the 2011 Trailblazer Canadian Women in Communications Leadership Excellence Awards.

The Rosalie Award is named in honour of Rosalie Trombley, renowned Music Director at Windsor-Detroit Top 40 powerhouse CKLW-AM “The Big 8”, and the first-ever recipient of the Rosalie Award in 2005.