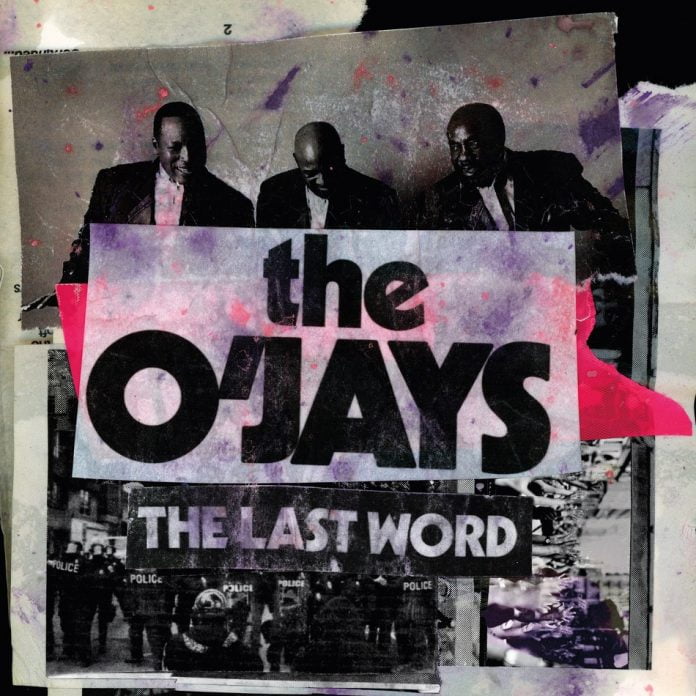 Multi-platinum selling Rock & Roll Hall of Fame inductees, The O’Jays (Eddie Levert Sr., Walter Williams Sr. and Eric Nolan Grant), take on the Trump administration and social injustice with a message of love on their new album, The Last Word, released across all streaming platforms via S-CURVE RECORDS/BMG. The Last Word is the group’s final studio album and their first in almost 20 years

With a remarkable career that has spanned 60-years and included hits like “Love Train,” “For the Love of Money,” “Use ta Be My Girl,” “Back Stabbers,” and many more, The O’Jays are an indelible part of pop culture. With the release of The Last Word the group is showing that they have not lost a beat, emoting the same hunger and vocal craftsmanship they have become known for while delivering socially conscious message music that makes you think while you dance.

The Last Word was produced by the Grammy nominated producers Steve Greenberg, Mike Mangini and R&B legend Betty Wright (the trio behind Joss Stone’s “Soul Sessions”), along with the songwriter and rock/pop mastermind Sam Hollander (Panic! at the Disco, Weezer, Neon Trees). The album includes standout tracks such as “Above the Law,” “Stand Up (Show Love),” and the Bruno Mars and Patrick Monahan penned “Enjoy Yourself.”

“I look at what is going on in the world and not much seems to have changed from when we first started doing this,” said Eddie Levert. “We are still dealing with the same issues. On this album we addressed those issues as well as the intolerance we see coming out of the Trump Administration on a daily basis. We also offer a solution. That solution is to combat hatred with love and acceptance.”

“I want to believe things will eventually change but we have a long way to go,” said Walter Williams. “With this final album we are providing a soundtrack for those that are speaking truth to power and encouraging people to come together through love.”

The 9-track album provides a critical look at the precarious state of social and criminal justice in America. As elder statesmen, the group has experienced much throughout their lives, from the civil rights movement to rising economic inequality and the erosion of democratic norms. On this album they are sharing their perspective on the state of the country as well as the world; offering up some words of wisdom for the next generation before exiting the stage.

The O’Jays remain one of today’s seminal music acts. The group scored their first number 1 in 1972 with “Backstabbers.” Subsequently, they had other various chart-topping pop and R&B singles including “Love Train”, “Put Your Hands Together”, “For The Love of Money”, “I Love Music”, “Darlin’ Darlin’ Baby (Sweet, Tender, Love)”, “Livin’ For The Weekend” and “Use Ta Be My Girl.” This success propelled The O’Jays to be the first black vocal group to perform in arenas throughout America during the 70s and 80s.

Eddie Levert Sr. and Walter Williams Sr. as well as Eric Nolan Grant, who joined the group in 1995, continue to thrill fans today. Throughout their career The O’Jays have achieved 10 Gold albums, 9 Platinum albums and 10 #1 hits.