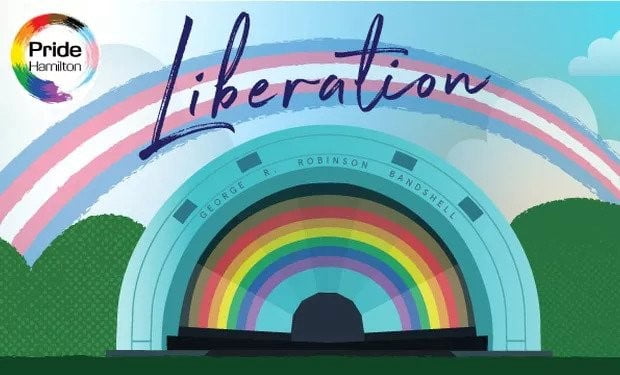 In celebration of pride, equality, and inclusion thousands of individuals from across the city and province, Hamilton will be celebrating on Saturday, June 15, 2019 at Gage Park for PRIDE HAMILTON. Individuals, businesses, nonprofits, and elected officials are all invited to participate in support and celebration of the LGBTQIA+ community.

Come out to celebrate this year’s theme of Liberation with Hamilton’s Two Spirit and LGBTQIA+ community in beautiful Gage Park. There will be local vendors, live performances, and a chance to connect with community groups.

This year’s event will be headlined by Carole Pope, an agent provocateur pushing the boundaries of sexuality, sexual politics, and the status quo. Short listed for the Polaris prize, her work has been recognized with three Juno Awards, multiple independent music awards, a Genie Award. 4 gold, 1 platinum and 1 double platinum album. Her latest singles This is Not A Test (Sony Red) and Resist It with Kevin Hearn are available everywhere. A new single I’m There drops in June.

Pope has contributed music to film and television, including Transparent Season Two, Love or Whatever, Never saw it Coming, The L Word, General Idea Art AIDs and the fin de siecle The Trailer Park Boys Movie, This Revolution, Queer As Folk, The Five Senses, and Cruising. Her seminal band “Rough Trade” was on the short list for the Polaris Prize and were inducted into the Indy Hall of Fame during Canadian Music Week.

With over 100 vendors and community groups involved, this is going to be an event to be remembered!