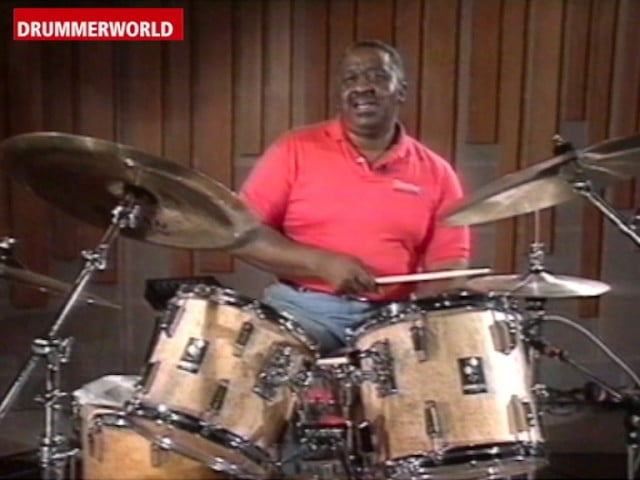 Bernard “Pretty” Purdie is known as a groove drummer with immaculate timing and makes use of precision half note, backbeats, and grooves. Purdie’s signature sixteenth note hi-hat lick pish-ship, pish-ship, pish-ship is distinct. He often employs a straight eight groove sometimes fusing several influences such as swing, blues and funk. He created the now well-known drum pattern Purdie Half-Time Shuffle that is a blues shuffle variation with the addition of syncopated ghost notes on the snare drum. Variations on this shuffle can be heard on songs such as Led Zeppelin’s “Fool in the Rain”, the Police’s “Walking on the Moon”, and Toto’s “Rosanna” (Rosanna shuffle). Purdie plays the shuffle on Steely Dan’s “Babylon Sisters” and “Home At Last”.