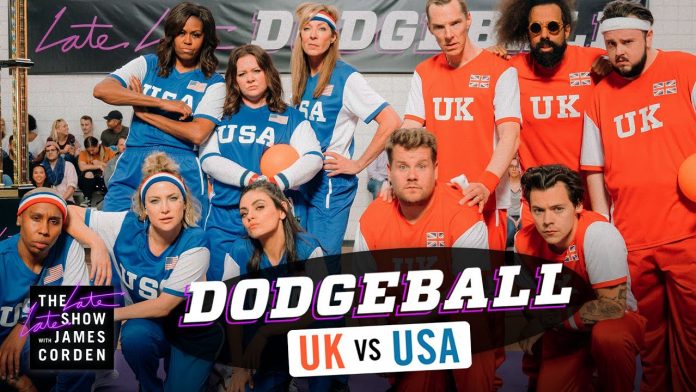 Since moving to the United States for The Late Late Show, James Corden has been searching for a way to determine which is better: the UK or the US. So James enlists Michelle Obama to put together a group of American all-stars, including Kate Hudson, Mila Kunis, Melissa McCarthy, Lena Waithe and Allison Janney, to take on a group of formidable UK foes. Can James, Reggie Watts, Harry Styles, Benedict Cumberbatch and John Bradley earn honor for Great Britain?