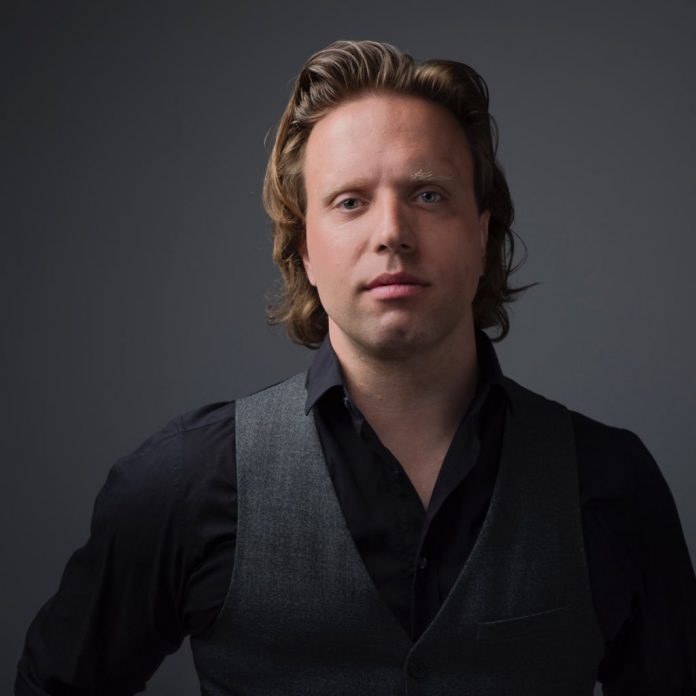 Ward brought home the Accolade Award in Humor at the 2017 Accolade Global Film Competition for Kind of, Sort of, Grown-Up, his second award from that film festival. No stranger to working in television, Anderson also hosted his own talk show, Offstage with Ward Anderson, for three seasons. A panel program featuring some of today’s brightest stars and upcoming talent, Offstage was created with Bell Canada, Volvo, and Strellson. All three seasons are carried on Amazon Prime around the world. For five years, Ward Anderson was also co-host of the popular daily Sirius XM show Ward and Al. Co-hosted with comedian Allison Dore, Ward and Al hosted guests from all over the entertainment industry and was a hit with critics and audiences alike and was nominated for a Canadian Comedy Award. During that time, Anderson also managed to publish two novels, with USA Today comparing him to bestselling author Nick Hornby.

“Every comedian dreams of having his own stand-up comedy special,” said Ward Anderson from his home in Toronto, “After twenty years on the road, I’m so excited to finally bring that dream to life thanks to everyone at Comedy Dynamics” said Ward Anderson.

“Ward’s broad range of comedic talent is on full display in his new special and we’re proud to be releasing it for the world to see.” said Brian Volk-Weiss, CEO of Comedy Dynamics.

Founded by Brian Volk-Weiss, Comedy Dynamics, a Nacelle company, is the largest independent comedy production and distribution company, producing the reboot of Mad About You featuring Paul Reiser and Helen Hunt, Netflix’s Kevin Hart’s Guide to Black History, Netflix’s The Toys That Made Us, Jim Gaffigan: Noble Ape, The CW’s Discontinued, Animal Planet’s Animal Nation with Anthony Anderson, the scripted comedy on Hulu There’s… Johnny!, History’s Join Or Die with Craig Ferguson, MTV2’s Wild ’N On Tour, and Hulu’s Coming To The Stage. Comedy Dynamics began releasing original films in theaters and will release the acclaimed independent film Slut in a Good Way in Spring of 2019. In 2017 the Comedy Dynamics Network (CDN) was launched and currently distributes specials, television shows and films to all major transactional platforms such as iTunes, Amazon, Google, PlayStation, Xbox and many major telco & satellite providers, including AT&T, Comcast, Charter, Dish, and Verizon. The company has worked with a wide range of established and emerging comedic talent including Tiffany Haddish, Kevin Hart, Aziz Ansari, Jim Gaffigan, Ali Wong, David Cross, and many more. 17 Comedy Dynamics releases have been Grammy-nominated (with three wins), including all 5 in the Comedy Album category for the 61stAnnual Grammy Awards.