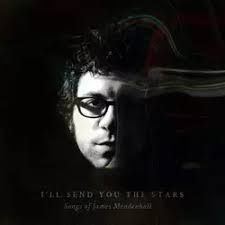 Venerated Seattle, WA indie Barsuk Records is honored to announce I’ll Send You the Stars, a celebration of the life of James Mendenhall, frontman of Pacific Northwest indie-rock band, The Prom. The album is a collection of songs written by James and performed by many of his friends and former tour-mates, as a homage to the incredible songwriter that he was.

Under The Radar premiered two of the songs from the collection yesterday ahead of the record’s full digital release today, performed by Benjamin Gibbard and Telekinesis.

Friends and loved ones were heartbroken by news of James’ unexpected passing on January 1, 2019.

“Within minutes of hearing the news, I felt a pull on my heart to create a tribute to James as a way to honor his spirit and the gift of his music,” says Prom bandmate David Broecker. “My hope is that you will feel [James’] presence upon listening, and that you will be reminded that one’s art can transcend their time with us.”

All of Barsuk’s profits from sales and streams of I’ll Send You The Stars will be donated to Cancer Pathways, a 501(c)(3) non-profit in Seattle, Washington. For over 18 years, Cancer Pathways has offered education, support, and family programs to children, teens, and adults living with cancer, along with their families and friends.