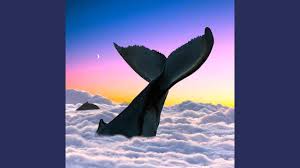 The Jerry Cans announce their fourth LP, Echoes, with a new song available this Friday, January 24. “Atauttikkut” was first performed on CBC q’s Live in Iqaluit, an event that kicked off Nunavut Music Week 2.0 last year. The song now arrives as the lead-off single from a collection that signals, and grapples with, change.

On Echoes, The Jerry Cans balance palpable tension with woozy, cresting beauty. The new album, out May 15, 2020 via Aakuluk Music, finds The Jerry Cans in a much different sonic state of mind than when the band was last seen on the national stage, at 2018’s JUNO Awards broadcast.

There’s an uneasy, unfamiliar energy to Echoes, in part a product of new processes and experiences that went into its creation. Produced by Jace Lasek (Besnard Lakes, Land of Talk, Suuns) and recorded at his Breakglass Studio in Montreal, Echoes splinters into vectors of reverb-frayed rock with buzzed out violin, throat singing and synth swirled drone tones. The alternative album comes complete with a truly special title track, with James Ungalaq of Nunavut metal legends Northern Haze front and centre.