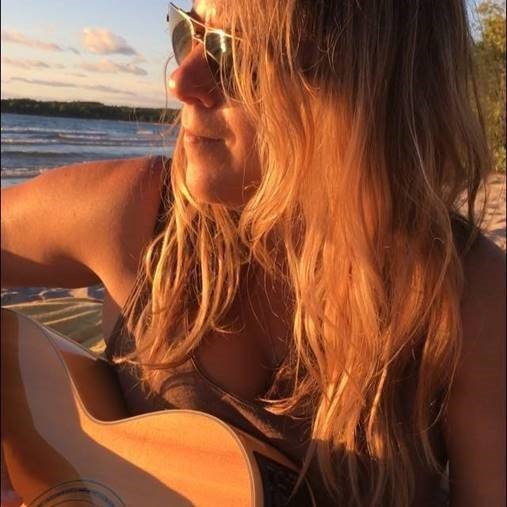 The track was recently selected as a finalist in the 2020 Blues & Roots Radio’s International Song Contest, and is the premiere single off her forthcoming album, Headbangers – A Musical Recovery From Mild Traumatic Brain Injury.

On the surface, Krangle’s inspiration for “My Beautiful Dear” is endearing in itself; the storytelling lyricist draws on her parent’s 54-year long love story and her childhood in a house where Bruce Cockburn’s “All the Diamonds” was the harmonized lullaby of choice.

But to understand why “My Beautiful Dream” is even more poignant to Krangle, it’s to know it stems from her recovery from a traumatic brain injury (TBI) just under a year ago.

“The injury happened while I was at work as an educator,” she says of the accident. “From there, my road to recovery included lots of yoga, nature walks, photography, meditation, and journaling.

“It also included my own music therapy, as well as experiencing first hand how important music was for my brain to heal,” she continues. “I immersed myself in studying brain health having learned from a previous educator workshop at Toronto’s Royal Conservatory of Music how music could affect the neuroplasticity of the brain.

“The act of completely slowing down opened the window to self-reflection, vivid dreams and a vast amount of creative flow.”

Raina Krangle’s first foray into an album release was in the late-2000’s for Raina’s Rainbow Party, a critically acclaimed children’s release that seamlessly blended her education as an elementary public school teacher and folk/rock artist. “That album was inspired after my son asked me to write a song about the Disney dinosaur, Aladar,” she recalls. “I then began writing songs with my students on my guitar, which was covered in stickers at the time!”

She was later chosen for the official family-themed showcase at the Folk Music Ontario Conference.

For her work, Raina Krangle has won a Newmarket Songwriting Award, a University of Western Ontario Talent Contest, and was nominated for a Folk Music Ontario’s Colleen Peterson Songwriting Award and the Ontario Arts Council.

“A Beautiful Dream” is available now.