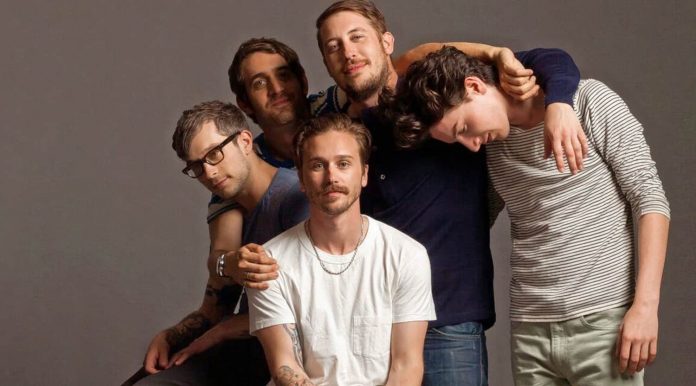 GRAMMY Award-winning alternative rock band, Portugal The Man announced the official launch of PTM Foundation. PTM Foundation will serve as the band’s primary vehicle to engage, advocate for, and reinvest in the communities they grew up in and currently belong to and care for. PTM Foundation’s work is focused on universal issues related to human rights, community health and the environment, with an emphasis on causes directly impacting Indigenous Peoples.

Utilizing activism, community engagement, advocacy and philanthropy, the band hopes to build community resilience, empathy and awareness through the power of music, stories, art, education and connectivity. What sets the organization’s work apart, however, is a focus on a very unique and often disenfranchised group of communities that is of particular concern for the band: Indigenous Peoples. With underrepresentation in government, erasure and invisibility, these Native Communities face inequities in funding, lack of compassion and disconnection from heritage that results in a range of trauma. Through PTM Foundation, the band is making a global commitment to uplift the sacred voices of Indigenous Peoples, who are often the most informed, yet silenced, among us. (Additional information on partners, grants and funding, can be found attached/below)

“We know Indigenous Peoples face persistent and enduring challenges to their communities, their lands, and their basic human rights, with extremely limited support from the government as well as the broad spectrum of philanthropic institutions,” said John Gourley of Portugal The Man. “This is wrong, and our band has decided to do something about it.”

Today’s announcement unveils the website for PTM Foundation, home to more information about the organization’s partners and additional resources and educational tools. The website also includes a short film created in partnership with Filmmakers Josué Rivas and Aaron Brown. A core tenet of the Foundation’s mission is to provide easily accessible information, education, and training opportunities.

In conjunction with today’s official launch, PTM Foundation also announces Get Out The Native Vote, a nonpartisan grant program designed to promote resources that encourage voter registration amongst Indigenous Peoples and increased engagement in the civic process. This is the second official grant program started by PTM Foundation, joining the COVID-19 Native Community Relief grant program introduced in May, which provided funding to 20 organizations that support Native communities with COVID-19 relief. The foundation has plans for future grant programs, to be announced in the coming months.

Having long been vocal in the fight against police brutality and systemic racism, the band recently utilized their Foundation arm to raise money for the Minnesota Freedom Fund via the sale of exclusive t-shirts – designed by artists Wooden Cyclops and Austin Sellers – with all profits directly benefitting the organization.

ABOUT PORTUGAL THE MAN

Grammy Award-winners Portugal The Man began their career in their home state of Alaska and have gone on to become one of the most successful and recognized rock bands of the last decade, touring the globe and selling millions of records, along the way. In addition to their impressive list of music industry accolades and achievements, the band recently received the Legend Award at the Native American Music Awards, as well as the Public Sector Leadership Award by the National Congress of American Indians. For more information on Portugal The Man, please visit www.portugaltheman.com.

Launched quietly in May 2019, PTM Foundation has already reached more than 1MM individuals through their advocacy on tour and provided grants to and built partnerships with more than a dozen organizations across the United States, including The Skatepark Project, The Ally Coalition, United Confederation of Taino People and many more.

This launch also signals the opening of three national grant programs today for organizations that focus on the same goals to build community resilience, empathy, and awareness and utilize music, stories, art, education and connectivity to do so. The three grant programs include:

A land acknowledgement is a formal statement that recognizes and respects indigenous peoples as traditional stewards of the land and enduring relationships that exist between Native Peoples and their traditional territories. This is a very tangible example of the Foundation and band’s distinct work focused on Indigenous Peoples.

“We are thrilled to partner with Portugal The Man who has demonstrated a shared commitment to honoring Native People and bringing attention to their historic and present-day experiences,” added Portland City Commissioner Amanda Fritz, “We are thankful to the band and the foundation for the precious resources and energy they are investing into the project.”

PTM Foundation is supported by the newly developed PTM Fund, administered through the Oregon Community Foundation, to help support, grow, and sustain this work for years to come. The work is funded entirely by donations from Portugal The Man and their growing community of support. All organizational overhead expenses are paid out of pocket by the band and management team. This means that 100% of money raised into PTM Fund goes directly to support the communities they hold so dear.

“Oregon communities and those communities in need around the world will benefit from the generosity, community spirit and civic engagement demonstrated by Portugal The Man.” Max Williams, President and CEO of Oregon Community Foundation continued, “We celebrate this partnership as an opportunity to engage more Oregonians in the power of philanthropy to lift fresh voices and bring people together across our state and have the power of the band’s global reach to make an even broader impact.”