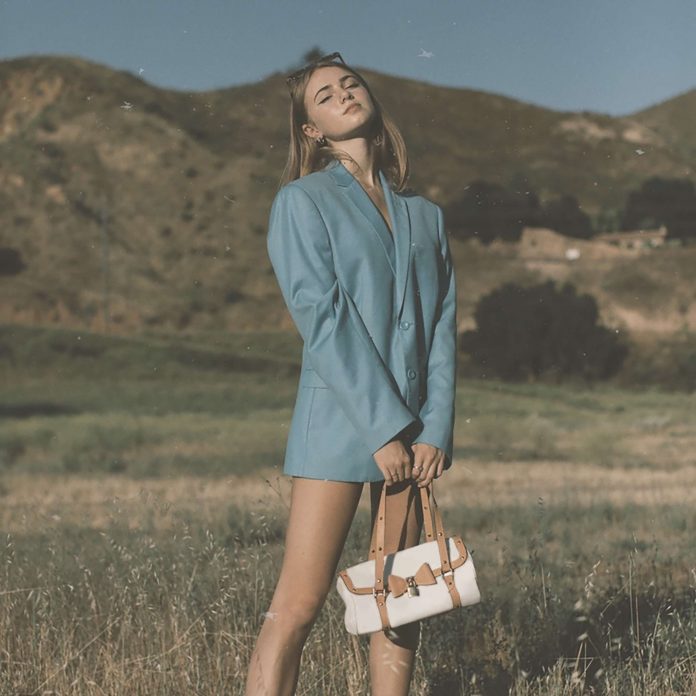 After quietly taking over TikTok with 2.5 million-plus video recreations and over 20 million streams since the top of summer, Claire Rosinkranz shares the official music video for her breakout single “Backyard Boy” today.

The visual—which Claire creative directed—quite literally brings her words to life. Under the California sun, she peaks over the fence to scope out the song’s actual “Backyard Boy.” Within moments, she launches into buoyant and bubbly choreography that bounces between the video’s characters with a kinetic energy befitting of the upbeat production. Bringing the clip even closer to home, her friends and family comprise the smiling cast on-screen. It serves as the perfect companion to this bright breaking bop.

With a homegrown California brew of alternative, pop, and blues, 16-year-old singer, songwriter, multi-instrumentalist, and ballerina Claire Rosinkranz buzzed to the forefront of the conversation this Summer with the independent release of her debut EP, BeVerly Hills BoYfRiEnd in June 2020. Unbeknownst to her, the song “Backyard Boy” gained unprecedented traction on TikTok, inspiring over 2.5 million video recreations, and sparking a highly competitive signing effort from labels around the world. In addition to generating over 20 million Spotify streams, it captured #1 on the Spotify Global and U.S. Viral 50 Charts, with the EP approaching 30 million global streams. Meanwhile, BuzzFeed and Rolling Stone chronicled her rapid rise. Newly signed to slowplay/Republic Records, Claire Rosinkranz is poised to become one of the year’s most unexpected and significant breakout acts.