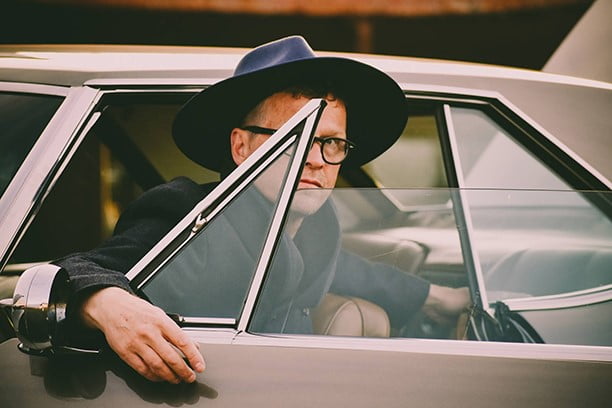 With 30,000 streams and rising, Icelandic singer/songwriter Kahnin — Gudmundur Jens Gudmundsson — muses on mistaken identity and answering to authorities in the release of his new single, “DuckTape” — available now!

“‘DuckTape’ is a song that can take on many meanings,” Kahnin shares. “For example, it can easily be associated with all the craziness that is going on in the world today, but mostly, it’s a song about being in the wrong place at the wrong time — kids having fun, sort of thing — mistaken identity, and being interrogated by the authorities in an unethically harsh manner.

“The song’s main mechanics started after I had been watching some CIA conspiracy documentary. I imagined how horrible it would be to be mistaken for some counterspy, and if it would ever be possible to get out of a situation like that.

“But with that said, the song still has a very fun/feel good atmosphere about it!” Kahnin insists. “And the reason behind the spelling of this song ‘Duck’ instead of ‘duct’ is simple: being that English is my second language, I always believed this is how it was spelled. I never really thought, ‘why in the hell would it be named after a duck?!”

“My philosophy on music is to always try and step away from what is comfortable and experiment with the colours of the music.

“‘DuckTape’ does that for me.”