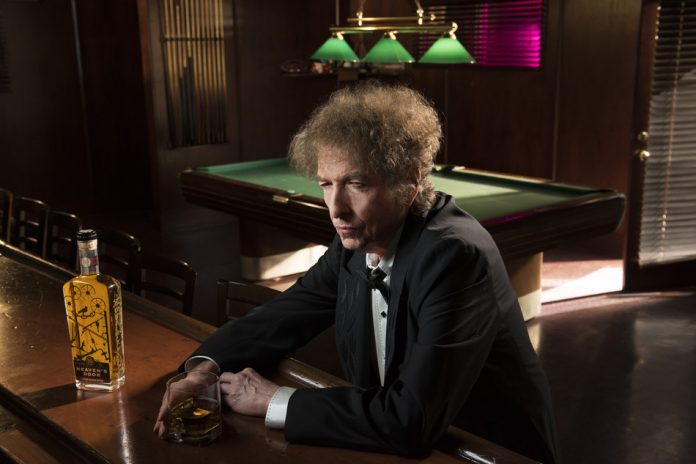 At its conclusion in April 2009, 100 episodes of “Theme Time Radio Hour” had aired, and the show was among the most listened to programs on all of satellite radio. The groundbreaking series received countless accolades during its run, including from the New York Times, which wrote, “As D.J., Mr. Dylan vamps on the lyrics of his chosen songs, and makes observations that often amount to something like what he does musically: he taps America’s musical heritage with words that veer from the logically linear to the abstract,” and the Washington Post, which observed, “He’s voluble, generous, articulate. He’s liable to quote a poem, give tips on hanging drywall or pass along a recipe.”

Inspired by his passion for whiskey and the creation of Heaven’s Door Spirits, the new episode discusses how whiskey has shaped the world, from music to sports and everything in between. At just under two hours long, the new episode is a perfect pairing for music and whiskey enthusiasts alike to tune in while enjoying a glass of their favorite Heaven’s Door Whiskey.

In addition to this new episode of “Theme Time Radio Hour”, Heaven’s Door has just launched its second annual #ServeSomebody philanthropic program, in collaboration with food banks across the country. In 2020, the temporary closing of many businesses due to COVID-19 has led to at least 22 million Americans losing their jobs, many of whom work in food, beverage and hospitality industry. This has made the fight against hunger even more crucial than ever.

With a goal of donating 300,000 meals this year, consumers can help Heaven’s Door give to those in need, by enjoying a drink at home or dining out. From September 1 – October 31, 2020:

“With the strong following that Theme Time Radio Hour attracted over its 100 episodes, we’re very excited that Bob got back in the studio to create this 101st episode around the theme of whiskey,” says Marc Bushala, CEO of Heaven’s Door Spirits. “This new episode gives Bob Dylan fans and whiskey fans some new content to enjoy while at home. We are also humbled to take action in support of people across the country in need of food with our Serve Somebody philanthropic program.”

Heaven’s Door’s portfolio of whiskeys is available nationwide and online via Reservebar.com/collections/heavens-door, and globally in Canada, Germany and the U.K.. For more information about the brand visit www.heavensdoor.com or engage with the brand on Instagram, Facebook or Twitter.

SiriusXM subscribers can listen to Bob Dylan Theme Time Radio Hour on Deep Tracks via SiriusXM radios, and those with streaming access can listen online, on-the-go with the SiriusXM mobile app and at home on a wide variety of connected devices, including smart TVs, devices with Amazon Alexa or the Google Assistant, Apple TV, PlayStation, Roku, Sonos speakers and more. The SiriusXM app also offers additional features such as SiriusXM video, Personalized Stations Powered by Pandora that listeners can curate themselves, and an On Demand library with more than 10,000 hours of archived shows, exclusive music performances, interviews and audio documentaries. SiriusXM has special offers for new subscribers including three months of a SiriusXM Essential Streaming subscription for Free. To see Offer Details and to subscribe, visit www.SiriusXM.com/free3.