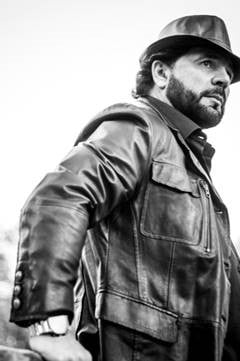 Award-winning Canadian singer/songwriter Michael Vincent Quattro has seen it all between his late-90s chart-topping hit “Fallen For Your Love” to this year’s half-million and rising hit release of “Save Our World.”

It’s this life-library of experiences that had the artist observe the world’s situation in his new song — one that’s connecting with fans big time; the track has 500,000+ engagements across platforms, and rising.

“One evening as I sat at the piano to write for my new album, I started pondering the impact of the global pandemic and the effect it’s understandably having on people of any status and background,” Michael Vincent says. “I became very emotional as I began to put my thoughts together.

“I’m so grateful for the beautiful reception ‘Save Our World,’ has received so far,” he continues. “When I wrote this song, I dreamed of reaching as many people as possible with it; I wanted to send a message of hope, prayer, unity, and love for not only today, but tomorrow as well.

“As emotional as I was writing the song, I’m just as emotional now learning how it has inspired others.”

Michael Vincent first rose to pop-rock prominence with the Top 10 RPM-charting hit “Fallen For Your Love” in the late ‘90s. Since then he’s won a Voce D’oro (Golden Voice) Award and the Song Festival Toronto, and released a series of critically acclaimed singles, including the 2018 holiday hit “A Christmas Gift of Love.”

Personal tragedies including the untimely loss of his beloved mother, sister and father have inspired other deeply personal song work, including “Up to Heaven.”

A compassionate creative, Michael Vincent’s newest song amplifies his intentions to inspire and connect the community, especially through troubling times.

“I think connecting spiritually is first and foremost the answer to getting through this time in our lives,” he considers. “It is the foundation of working together along with worldwide cooperative measures to overcome this unprecedented challenge.

“As I said in the song, ‘the life we all knew will be forever changed, but with faith and new heroes hope is unchanged.”