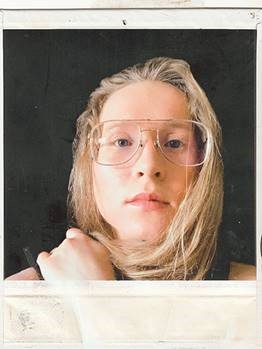 “This song started with Troy Marshall coming to me with a new track he had composed,” the mind behind the music, Amy Wallish, recalls. “It was originally called ‘Abyss’ and it was pop-forward and trendy — everything I’m not, but I loved the edgy sound so I began writing.

“Listening to it brought up feelings of being lost in space and disappearing into nothingness,” she continues. “The truth is, this feeling was something I was used to. I have never been a very stable person and, since late junior high, I was always very transient in my relationships. Then, I proceeded to go to five different high schools and move six different times between the ages of 18 and 21.”

While she doesn’t aim to push boundaries for the sake of it, Wallish prides her craft on not backing away from the uncomfortable and controversial in order to say what needs to be said.

“I’ve always been a bit of a loner, and that is where I feel most myself,” she says. “When I’m in relationships, I feel myself start to change which causes me to break and leave without feeling remorse because the person they knew was never actually me.

“Because of this, ‘The Last Time’ reflects on my personal history of being transient or flaky — all those times I moved to a new place, had the best time with strangers, made superficial friendships, and then left without a word.