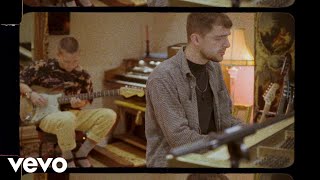 Grammy Award winning Toronto based-producer collective and prolific alt-pop duo, Locals Only Sound are not only developing new talent and bringing fresh perspectives and unique sounds to established artists. With focus on their appreciation for alt-electronic music and combining it with the abiding passion for R&B vocals paired with modern beats, Gray Hawken and Curtis Smith write, produce and record all their own music.

The first project, coming off their critically acclaimed debut OPUS 1 tape, which the pair describe as an extended EP – or more accurately a mixtape – the first installment of Locals Only Sound’s partnership. Curtis says “the core of our style is from the alt-electronic, R&B world; because that’s the vibe we’re living now. But it also takes in influences from rock and the singer/songwriter genres,”, adding that he comes from the “classic rock world” with a more introspective singer/songwriter style. Gray comes from a classically trained musical family; growing up with the voice of his mother’s choral singing and surrounded by Jazz instruments in the house.

After spending a year on the road touring their critically acclaimed EP, OPUS 1 across Canada, US and the UK, the single “Move With Me” is the first taste of what’s ahead for the Locals Only Sound.

Today, Locals Only Sound is YouTube Canada’s Trending Artist on the Rise. A feature which celebrates promising and new emerging artists.