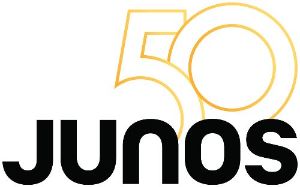 The nominees for The 50th Annual JUNO Awards were announced today by The Canadian Academy of Recording Arts and Sciences (CARAS) during a virtual presentation streamed live via CBCMusic.ca/junos. Following an unprecedented year, the JUNO Awards will serve as a beacon of hope for Canada and the music industry at large. The 2021 JUNO Awards will be broadcast nationwide Sunday, May 16  at 8 p.m. ET/5 p.m. PT on CBC TV, CBC Gem, CBC Radio One, CBC Music and globally on CBCMusic.ca/junos.

In celebration of Canada’s rich and diverse music history, the JUNO Awards will take place at several of the most iconic musical landmarks from across the country, including Budweiser Stage in Toronto. A full list of other locations will be released ahead of The JUNO Awards Broadcast, which will be presented to an at-home only audience.

For a complete list and biographies of all nominees and more information on the 2021 JUNO Awards, please visit junoawards.ca. Rewatch the full JUNO nominee press conference at CBCMusic.ca/junos.

The JUNO Awards is honoured to induct Jann Arden into the Canadian Music Hall of Fame. This inductee award presentation is presented, for the first time, by TD Bank Group, and will be celebrated at this year’s JUNO Awards from her hometown at Calgary’s Studio Bell, home of the National Music Centre. This year’s Humanitarian Award Presented by Music Canada will be presented to The Tragically Hip during The JUNO Awards Broadcast. The legendary Pegi Cecconi will be honoured with the Walt Grealis Special Achievement Award for her role in the development and success of many artists, including Rush. This special award, along with 37 additional JUNO statuettes, will be handed out at the JUNO Opening Night Awards on Friday, May 14, 2021. Gary Slaight will receive the 2021 MusiCounts Inspired Minds Ambassador Award, presented by the Canadian Scholarship Trust Foundation, to recognize his philanthropic impact on music education in Canada.  MusiCounts will also recognize an inspirational and passionate Canadian music educator’s impact not only on students, but on their community and the music education field, through the MusiCounts Teacher of the Year Award, presented by the Canadian Scholarship Trust Foundation. The 2021 nominees are Bruce Millerd (Carleton Village Sports & Wellness Academy, Toronto, ON), Mary Piercey-Lewis (Inuksuk High School, Iqaluit, NU), Nicholas Pettipas (Bicentennial School, Dartmouth, NS),  Sophie Jalbert (École Roy et Joly, Rivière-du-Loup, QC), and Stephen Richardson (École St. Joseph, Yellowknife, NT).

The JUNO Awards will return to Toronto after a decade, marking the 26th time that the city will host Canada’s most iconic celebration of music. Toronto is known for its vibrant and ever-evolving music scene and has produced some of Canada’s most iconic and best-selling artists in the world, including 2021 JUNO Awards nominees Alessia Cara, Ali Gatie, Jessie Reyez, JP Saxe, Lennon Stella, NAV, Shawn Mendes and The Weeknd.