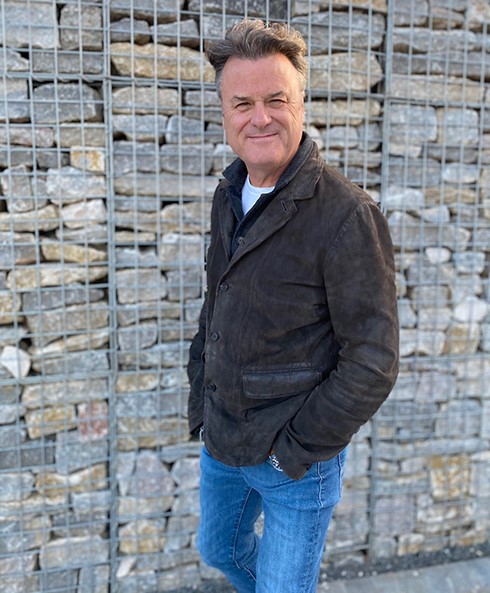 Being mature used to be an antithesis to rock and roll, but no more with Derbyshire UK-based folk rocker John Stamp and his soaring new single, “Airplane Mode” — available now.

A fifty-something year old on a whim, you can hear the energy of a satisfied, fulfilled lifetime of helping others in his works… Which would make sense, as he successfully ran a social care company until he was recently fifty-something-else, he shares.

As a music lover, Stamp also had the opportunity to see a ton of concerts around the world — which led to his collaboration with Sheryl Crow’s touring guitarist, Peter Stroud all the way based halfway around the world in Atlanta, Georgia.

When a particular 2018 show left Stamp’s jaw on the floor when it came to Stroud’s playing, he reached out to the musician via social media in regards to his project. Stroud was, at the time, and like many of us, stuck at home, and therefore evermore happy to partake.

“Thank God for the internet during these lockdown times, where new friendships and working together on music from afar can happen,” Stroud shares, adding, “I think he nailed it with this song, summing up what a lot of us can relate to over the past year.”

The work is entirely heartfelt and undoubtedly Brit-born, though light-hearted, and a wise observation on modern day realities. A happy-go-lucky anthem with a message, “Airplane Mode” is a song about breaking rules, breaking out from the modern world, and it’s weird, sometimes dubious “improvements.”

Stroud’s guitar work absolutely shines throughout, and it’s obvious both the producer, artist, and guitarist had a blast doing this fun, heartwarming conversation starter.