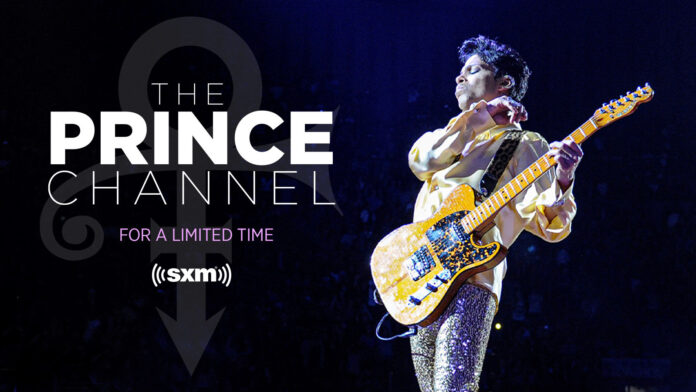 SiriusXM will kick-off Black Music Month with two channels saluting groundbreaking Black artists with The 2PAC Channel and The Prince Channel.  SiriusXM has collaborated with these iconic artists to deliver unique radio listening experiences that can only be found on SiriusXM.  Pandora’s popular Black Music Forever Station will also extend to its own SiriusXM channel, Black Music Forever Radio.

The 2PAC Channel (ch. 104) will take listeners on a comprehensive journey through the genius of 2PAC’s full music career. Hear about the iconic artist’s life and music, first-hand, with exclusive commentary from his close friends and peers, including E.D.I. Mean, an original member of 2PAC’s group The Outlawz.  The channel will also feature an original series where artists and celebrities will guest DJ their personal favorites from the legendary artist.

The Prince Channel (ch. 333) will feature music from his vast catalog over the decades, ranging from his signature funk, slow jams, psychedelic rock and everything in between.  The channel will also spotlight Prince favorites from those who knew him best with Purple Playlists, B-sides and live performances.

Black Music Forever Radio (ch. 105), which originated and exists as a Pandora station, will spotlight the latest hits from current and breaking Black artists in hip-hop, R&B and Pop.

bpm (ch. 51) and Diplo’s Revolution (ch. 52) will feature music and exclusive audio from the top Black artists in Dance music such as, Aluna, DJ Sliink, UNiiQU3, and more.

Heart & Soul (ch. 48) will spotlight “soulful soundtracks” each weekend in June with music from culturally iconic movies including Waiting to Exhale, Black Panther, Judas and the Black Messiah, and more.  The channel will also feature live performances from Grammy-nominated artists, including Golden Globe winner and Grammy nominated artist Andra Day.

Hip-Hop Nation (ch. 44) will celebrate the anniversaries of past releases from 2 Chainz, Drake, Gucci Mane, and J. Cole, with album specials on their respective release dates.  The channel will also debut a new show, Meez-O-Estates, hosted by 21 Savage’s manager Meezy and crew, dedicated to a no-holds-barred conversation about the state of hip-hop music and culture.  Rising artist, Hotboii will kick off the Summer with a “Summer Wave Special,” highlighting 10 of his favorite Summer bops. HHN will also spotlight empowering Black music with a new playlist, Black Music Matters, each week and air a special rewind of the best performances from the channel’s original “Nation’s Next Virtual Concert” series.

Listeners can also expect take-overs from Jimmy Jam and Terry Lewis (The Groove, channel 50), H.E.R. (The Heat, channel 46), Monica (SiriusXM FLY, channel 47) and a special from The Temptations, to celebrate their 60th Anniversary (Soul Town, channel 49).

SiriusXM, Pandora and Stitcher will also present a new original podcast, All Music Is Black Music, with the first episode debuting today. The podcast, hosted by Selema Masekela, with narration by Dr. Dwandalyn Reece of the Smithsonian’s National Museum of African American History and Culture, explores how African American music and culture have shaped the wider contemporary music landscape.

Each episode takes listeners on a journey beginning with an artifact from the NMAAHC’s collection. Through interviews with artists, authors and scholars, listeners will discover the stories of Black musicians and cultural creators who have shaped today’s trends, styles and genres. The first episode explores the influence of girl groups in pop music featuring a conversation with Kelly Rowland.  New episodes will be available bi-weekly featuring interviews from artists including Ne-Yo, St. Vincent, Regina Spektor, and more. All Music is Black Music is now available on the SXM App, Pandora, and Stitcher, and will also air as a weekly program on SiriusXM’s Volume (channel 106) beginning June 15, at 1 pm ET.

Additionally, Pandora launched a Black Music Month microsite today, to give listeners an opportunity to discover, experience, and participate in the celebration Black music. The microsite includes:

Content Quiz: Listeners can answer a series of questions that will direct them to the newly launched Modes on the Black Music Forever station, sponsored by Target, for the month of June. The Modes include:

Pandora Playback with Moneybagg Yo: On June 24, as part of Pandora’s virtual event series, Pandora Playback will feature an in-depth conversation with rapper Moneybagg Yo. He’ll discuss his artistry, recent album A Gangsta’s Pain and his music legacy, plus a special celebration of HBCU (Historically Black Colleges and Universities) music and culture. Beginning June 17, listeners will be able to RSVP for the free event on the microsite.

Spoken word video: Voiced by multi-talented artist Shanelle Gabriel, Pandora showcases and highlights the influence and impact of Black music through the power of spoken word by taking the audience on a historic journey through the decades of deep-seeded roots Black music and culture.

From now through June 8, non-subscribers can get most of the above-mentioned SiriusXM channels, as part of the SiriusXM Listen Free Event.  During this event, SiriusXM will feature a sampling of over 100 SiriusXM channels including ad-free music of every kind, plus sports, talk, news and entertainment available to non-subscribers on inactive SiriusXM radios in their car and on the SXM App, with no credit card required. The 2PAC Channel, The Prince Channel and Black Music Forever Radio will be available to these listeners only on the SXM App.  Go to siriusxm.com/ListenFreeEvent to learn more.