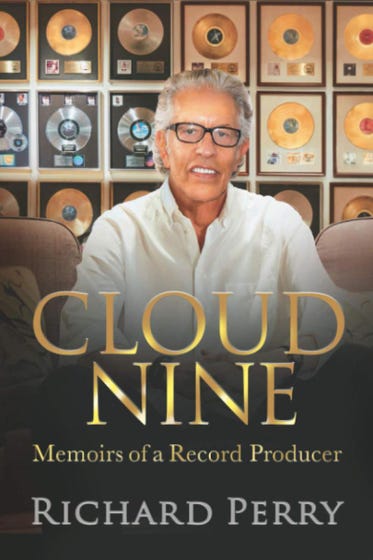 Anyone who feels a connection to the best music of the last fifty years—and who doesn’t?—will revel in this uniquely American success story. Even at a young age, Richard Perry knew that his destiny was to bring music into people’s lives.

What he couldn’t have dreamed was that his meteoric rise through the ranks of the music business would result in successful, ground-breaking, and award-winning collaborations. The Winner of a Special Merit Award from the Grammys has produced hits for legendary performers all of whom trusted him to shape the sound that made them great.

Richard’s credits include:
Barbra Streisand: Stoney End
Carly Simon: You’re So Vain, The Right Thing to Do, Mockingbird, Haven’t Got Time for the Pain, Nobody Does it Better
Ringo Starr: No No Song, Oh My My, You’re Sixteen, Photograph
Leo Sayer: When I Need Love, You Make Me Feel Like Dancing
Rod Stewart: Great American Songbook albums
Art Gartfunkel: Breakaway album (1975), Some Enchanted Evening (2006)
Pointer Sisters: Jump (for My Love), Slow Hand, Neutron Dance
Harry Nilsson: Without You, Coconut, Jump into the Fire, Spaceman, Remember (Christmas)

In this candid and page-turning memoir, Cloud Nine: Memoirs of a Record Producer, Perry transports us through his eventful life, from his childhood in Brooklyn, where he played in bands, starred in musicals, and witnessed the birth of rock ‘n’ roll; through his sometimes rocky but always thrilling climb up the music-business ladder; and finally, into the studios and personal lives of the many superstars who provide our most enduring soundtrack.

Throughout his story, Perry remains entertaining and fun-loving company, always awed by his own proximity to greatness and boundlessly enthusiastic about his contributions to the most beloved art form.