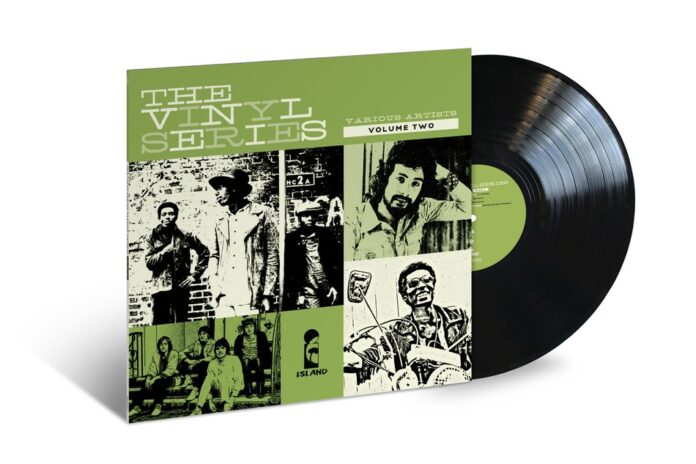 Since its beginnings in Jamaica in 1959, the story of the pioneering Island Records label has been inextricably linked to the story of its founder, Chris Blackwell. Now, Blackwell has curated a series of compilation LPs featuring his hand-picked tracks that correspond with his and Island’s legendary history.

On July 23, Island Records / UMe will release Volume Two of The Vinyl Series, a nine-track album covering the years 1969 to 1973. Volume One, which included pivotal songs from 1962 to 1969, will also be available, and Volume Three will follow later this year. Taken together, the set explores the wide-ranging highlights from Island’s remarkable and extensive catalog. Pre-order The Vinyl Series HERE.

“Just prior to underground rock taking off in the U.K., the folk scene had become extremely strong,” writes Blackwell in the new collection’s liner notes, pointing to the direction that would become a focus for the label during this period—a chapter that would culminate in the breakthrough success of Cat Stevens, whose music Blackwell describes as in the “singer-songwriter mold: not quite folk but coming from that direction.”

This volume of The Vinyl Series includes material by such quintessentially English, acoustic-based artists as John Martyn (the first person Blackwell signed to the new “pink label” Island when the guitarist was just seventeen), Richard and Linda Thompson, and the tragic cult hero Nick Drake; “his genius was eventually recognized,” writes Blackwell, “and he remains popular and revered to this day.”

But it was Stevens who would hit big (“He sold ten times what everyone else did”), helping to establish Island as a force in the pop world and blazing a trail for the singer-songwriter movement in the ’70s. This volume also includes two of classic rock’s greatest anthems—Traffic’s “Feelin’ Alright?” and “All Right Now” by Free, who Blackwell notes “now seem like the original hard-rock act.”

While these years saw Island moving into different musical directions though, they also marked the continuing expansion of the reggae revolution that initially drew Blackwell into the record business. The Vinyl Series: Volume Two includes classics from the Heptones (“Book of Rules”) and Toots & the Maytals (the incomparable “Pressure Drop”)—both, according to Blackwell, “perfect representatives of…the three-piece male harmony group, with stimulating and sublime vocals.” Jimmy Cliff’s “Many Rivers to Cross” is a precursor to the world-altering release of the movie and soundtrack The Harder They Come in 1972, and as Blackwell states, it would ultimately be Cliff’s departure from Island that led to the signing of Bob Marley and the Wailers—but that is a story for the next volume.

In track-by-track essays by noted author and longtime Island Records chronicler Chis Salewicz, the album package features reminiscences that offer Rock and Roll Hall of Famer Blackwell’s own perspective. The third volume of The Vinyl Series will continue the tale of Island’s visionary, eclectic path—venturing into funk, glam, and progressive rock—solidifying its place as one of the most distinctive and bold labels in music history.