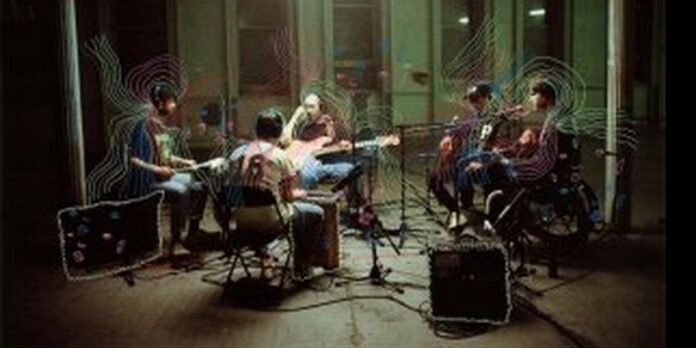 After more than a year without playing a live show, Portugal The Man – one of the hardest working bands in live music – have announced their return to the road, beginning this Summer. The Alaska-formed, Portland, OR-based rockers have announced their 2021 tour dates, kicking off at Cleveland, OH’s Wonderstruck Festival on July 25th and concluding October 23rd at Shaky Knees Festival in Atlanta, GA. A Pre-sale for the tour begins tomorrow, with general on-sale beginning this Friday, June 18th at 10 a.m. local time.

The national tour will include headline shows at the iconic Red Rocks Amphitheatre, The Edgefield in Portland OR and the Alaska State Fair, with additional high-profile festival performances at BottleRock, Governor’s Ball, WonderStruck, Firefly and more.

As if today’s tour announce wasn’t enough, the band has answered the calls of their fans with the release of Ulu Selects Vol. #1 (Live), out today. The four-track EP is the first of many eclectic EPs to come and features stripped down performances of fan-favorite songs.

The first three tracks from Ulu Selects Vol. #1 (Live), “Feel It Still,” “So Young” & “Don’t Look Back in Anger,” are pulled from the band’s 2017 FADER sessions, which have accrued over 25 million views since their debut. “Noise Pollution,” the fourth and final track on the EP, is pulled from the band’s special KCRW arrangement.

Ulu Selects Vol. #1 (Live) arrives on the four-year anniversary of the band’s gold-certified album, WOODSTOCK, which features the chart-topping, GRAMMY-winning hit single “Feel It Still.” RIAA-Certified 6x platinum, the John Hill-produced smash song broke the alternative radio record for being the longest running #1 of all time with 22 weeks atop the format’s chart, as well as reaching #1 at both top 40 radio and on the Billboard Hot 100 chart. WOODSTOCK also spawned the now RIAA-certified gold cut “Live In The Moment.”

Portugal The Man is also teaming up with online sweepstakes marketplace, Fandiem, for a donate-to-win contest that will give one lucky winner and three of their friends the opportunity to hang with the band in a private virtual studio party where they will be the first to hear never-before-heard new music. The only requirement for entry is a minimum $10 donation via Fandiem to PTM Foundation, which is dedicated to building community resilience, empathy and awareness through music, stories, art, education and connectivity.