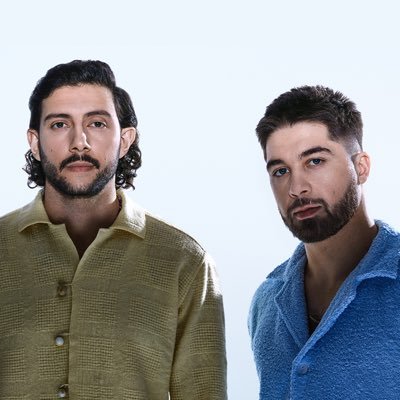 Today, Majid Jordan releases “Been Through That” on OVO Sound, an exhilarating song that arrives just in time for the first days of summer. Rich with upbeat synths, empathetic lyrics, and infectious melody, the song evokes sunshine and celebration, a fitting aesthetic for a time when people can finally go outside.

Sliding into the lush instrumental, Majid Jordan starts things off imagining brighter days: “Sunrise lifting you up when it all seems down / Radio, play this song til it’s all played out.” The hook offers a catchy exploration of connection and romance. “Sometimes, when you drink too much, you still call when it’s late / I’ve been through that,” Majid Al Maskati sings. “Days when you think it’s love, feel like it might be an act / I’ve been through that.” The lyrics aren’t directed at one particular person, however. As the duo explains, it’s more universal than that.

“Although it sounds like we’re addressing someone in the verse, the truth is we have been both the speaker and listener in all the situations that the song talks about,” Majid Jordan says via statement. “We have been through that, overstretched ourselves, gotten burnt out, acted for the wrong reasons, but we eventually found our feet and now we’re dancing our way out of it.”

“Been Through That” is a follow-up to “Waves of Blue,” a glittering new single that dropped in April. Featuring disarmingly tender lyrics and nostalgic, new wave-tinged R&B production, the track provides all the genre-defying dynamics and lyrical sincerity fans have come to expect of the duo, whose last album, The Space Between, dropped in 2017. Praised for its blend of retro pop aesthetics and lucid songwriting, the LP was a memorable glimpse of the duo at their best. But new singles like “Been Through That” show Majid Jordan is continuing to evolve, making the introspective emotion that’s drawn in fans over the years even more vivid and vibrant. It’s the sort of perception-expanding single that makes you believe their best is still yet to come.