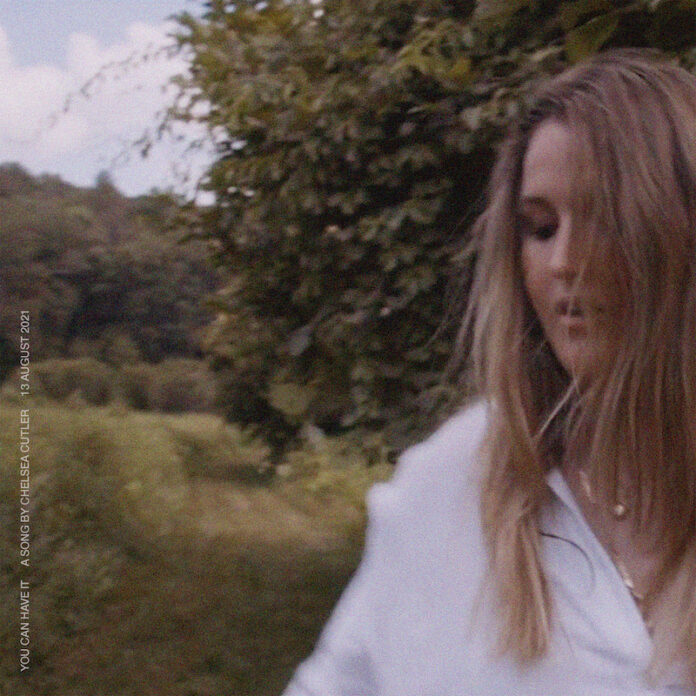 Today, Platinum Certified singer, songwriter, and producer Chelsea Cutler drops her latest single, “You Can Have It,” from her highly anticipated sophomore album.

“You Can Have It” illuminates another side of the songwriter, as delicately plucked acoustic guitar shifts into a head-nodding beat, and she delivers upbeat verses before a sun-kissed, soaring refrain, “Anything that you want, that I got, that’s for you.” Chelsea co-wrote the song with James Alan and co-produced it with Kevin White of Rice N’ Peas.

Chelsea says, “It’s about embracing your confidence in a relationship as a woman. There aren’t a lot of songs from a female perspective that come from a place of dominance. I don’t have a lot of lighthearted music either, but it was important for me to do something super beachy and fun. It’s badass.”

“You Can Have It” follows Chelsea’s recently released single, “Walking Away,” lovingly dubbed the “Jeep Song” by her fans after she teased a short snippet of the track on Instagram months before it was released. Not only has the song amassed nearly 4 million streams in just a few weeks, but Consequence praised Chelsea and the track, saying, “One of the reigning princesses of the burgeoning bedroom pop movement, Chelsea Cutler continues to sing straight to the heart with her unforced strand of relatability,” while Ones To Watch proclaimed, “With standout lyrics like, ‘Sometimes people break when they’re bending’ and plucky sonics perfect for a summer night bop, ‘Walking Away’ is certainly a song worth losing yourself in.”

As Chelsea gears up to release her forthcoming sophomore album, she will embark on the co-headline “Stay Next To Me Tour” with Quinn XCII this fall, which includes two sold out shows at New York’s iconic Radio City Music Hall on September 17th and 18th. Tickets are on sale now at https://www.chelseacutler.com/. In addition to the “Stay Next To Me Tour,” Chelsea will co-headline a sold out show at Red Rock’s Amphitheatre on August 17th, alongside her fellow Mutual Friends artists, Quinn XCII, Jeremy Zucker, and ayokay.

This exciting new chapter follows Chelsea’s critically acclaimed 2020 debut album, How To Be Human, 2021 brent ii EP with Jeremy Zucker, and a slew of widely praised collaborations over the past year, including “Stay Next To Me” with Quinn XCII, “Little Things” with Louis The Child and Quinn XCII, “Crying Over You” with The Band CAMINO, and “Crazier Things” with Noah Kahan.