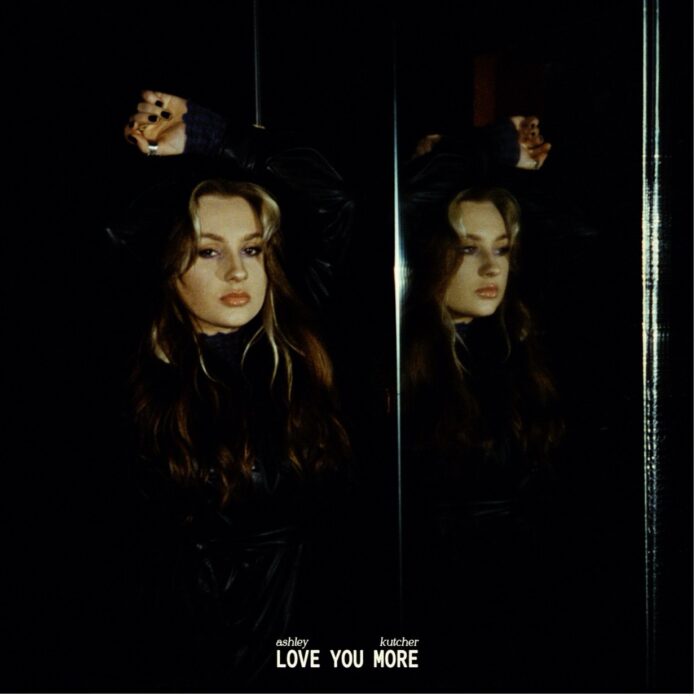 Maintaining incredible momentum with tens of millions of streams, rising pop singer-songwriter today Ashley Kutcher unveils a new single entitled “Love You More” via Darkroom/Interscope Records/Universal Music Canada, the country’s leading music company. The vulnerable song layers her dynamic vocals over delicate guitar, hazy production, and warm echoes. It builds towards a relatable and real confession, “If I’m being honest, I don’t know if I feel love as I did when I was young.” At the end, she does promise, “I love you more,” as if speaking directly to the object of her affection.

Of the song, Kutcher said, “‘Love You More’ encompasses the thoughts and emotions of being stuck in the past. This song is about feeling as if you’ll never love as innocently as you did when you were young. Even when you find someone really great, you feel like you’re incapable of loving them as strongly as you loved before.”

Ashley incited a wave of anticipation for the track’s arrival with a pre-save campaign on TikTok. In advance of the song, she dropped a series of videos, generating over 100K-plus cumulative views and counting.

Fans can expect to hear it live at her first ever shows in Los Angeles and New York City this March. Gracing stages on both coasts, she performs at Moroccan Lounge in Los Angeles, CA on March 8 and at Mercury Lounge on March 10 in New York, NY.

On her debut EP One Eighty, the 23-year-old phenomenon continued to connect. Released last winter, it includes “Love You From a Distance”, the first song of hers to go viral (now at over 100M total audio streams), and ultimately leading to her current deal with Darkroom / Interscope Records. One Eighty is the culmination of a productive year for Kutcher that’s seen her rack up millions of streams and widespread acclaim. On the project, Ashley says ‘“One Eighty’ is a collection of songs I wrote as my life took a complete turn. It’s a project of discovering who I am as an artist. Together these songs tell my story and I could not be more excited to share it”.

Baltimore singer-songwriter Ashley Kutcher distinguishes herself as the kind of raw talent who infuses a unique sense of vulnerability and honesty to her songs that her fans have grown to love so much. The rising pop artist got her start performing in high school before she started releasing her own music during her time at Towson University. In only the past year, what started out as a hobby has grown into a full time career with a larger fanbase than she had ever thought possible. Her breakout single “Love You From a Distance” set TikTok on fire with just her D.I.Y. performance from the bathroom, and quickly lead to her eventual signing with Darkroom / Interscope Records.

Prior to her signing, Ashley was pursuing a nursing degree when a local bar came across a video of her singing online and invited her to perform onstage. While still enrolled in college, Ashley began to sing in local venues more regularly and produce songs on the side. While her nascent fan base continued to grow, Ashley came across a tweet from blackbear that read “hit me up if you don’t like me.” As her creative neurons began to fire, she used the tweet as inspiration and responded with her own song similarly named “HMU if U Don’t Like Me,” which went on to quickly rack up another million streams. At this point, she realized the power of transforming a post into a song and did the same thing with “Love You From a Distance,” Produced by Eric Taft, the song quickly eclipsed 9.5 million Spotify streams and only continues to grow.

Amassing well over 20 million streams independently and 20 million TikTok views, Ashley’s heartfelt honesty captivates on a series of singles for Darkroom/Interscope and her debut EP, One Eighty. The project is the culmination of a productive year for Ashley as her fan base steadily grew and she continued to hone her craft. Now, with her breakout year behind her and an even more exciting year ahead, the 23-year old will hit the road for the first time to perform her shows live in New York and Los Angeles. After she finishes her live performances, she will be back in the studio ready to put the finishing touches on her debut album set to release later this year.