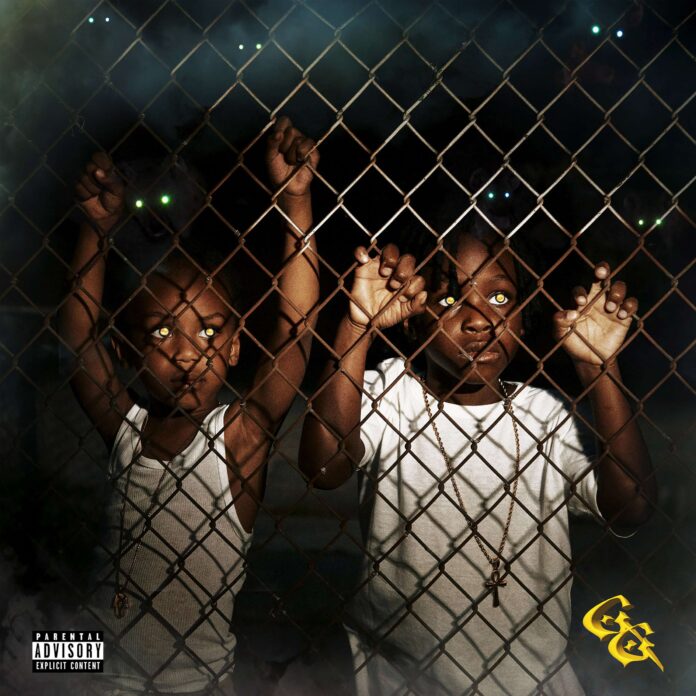 Grammy nominated duo, EARTHGANG, have released their much anticipated sophomore album, Ghetto Gods. Clocking in at 17 songs (including interludes), the album comes packed with special guest features including Dreamville head honcho, J. Cole and a slew of hip hop legends like Future, 2 Chainz, Cee Lo Green, Musiq Soulchild, Nick Canon as well as exciting voices like J.I.D, Ari Lennox and Baby Tate. Executive produced by Kawan “KP” Prather (Dungeon Family, Usher, TLC, Outkast) and SinceThe80s, Ghetto Gods is a sonic reminder of the godhood present in all of us and a study in how our environments create our reality, which, through dedication, faith and belief can be transmuted into whatever we desire.

The album release comes after a historic run of pop up shows at small venues and early listenings at record stores in select cities across the U.S. and London, U.K. The shows and playbacks were organized by EARTHGANG to connect the album with fans first and help support venues and record stores affected by the pandemic. Catch a snippet of what it was like on the adventure here. The live shows are a sneak peek of what fans can expect when EARTHGANG go on their “Biodeghettable Tour” this May.

If the sound of Atlanta, in all its riotous and metamorphosing glory, could be synthesized into one body of work, EARTHGANG would be both the architect and evangelist of such a seminal project. Comprised of Olu and WowGr8, the Grammy nominated, Platinum selling duo debuted on the scene with a string of EPs and quickly garnered a reputation for their eclectic style and infectious live energy. Marrying lean, sharp-eyed lyricism with Southern-fried soul, every song arrives fully formed, hitting hard and landing jokes while also delving deep into political issues. Meeting J.Cole at one of their live shows led the pair to sign with his Interscope Records joint venture, Dreamville Records. Since the signing, EARTHGANG have become a force in the music space releasing bodies of critically acclaimed work like debut album, Mirrorland; Spilligion, the collaborative album with their Spillage Village supergroup as well as the Dreamville compilation, Revenge of the Dreamers III, which earned the pair two Grammy nominations as well as their first #1 album status. Simultaneously, they have been cementing the broadness with genre-fluid collaborations alongside artists such as Gorillaz, TokiMonsta, Brittany Howard, Louis The Child and more. Revered live performers, EARTHGANG have toured stadiums with J.Cole, European venues with Billie Eillish while also selling out their own headlining shows and gracing festival stages both stateside and internationally. Throughout it all, they remain true to their mission of “thinking global and act local” — finding time to invest in community led initiatives in their hometown of Southwest Atlanta and in 2020 mobilizing thousands of voters, ultimately helping to flip the state of Georgia through direct collaboration with former First Lady Michelle Obama, Governor Stacey Abrams and Atlanta Mayor Keisha Lance Bottoms. Earlier this year, the duo announced the name of their upcoming sophomore release, Ghetto Gods, the follow up to their critically acclaimed debut, Mirrorland (2019). The album is a reminder of the godhood present in all of us, and a study in how our environments create our reality, which, through dedication, faith and belief can be transmuted into whatever we desire. There isn’t much that EARTHGANG haven’t touched with their influence and music, and it isn’t stopping anytime soon. The Atlanta natives are on an ascent to become one of hip hop’s most impactful duos.