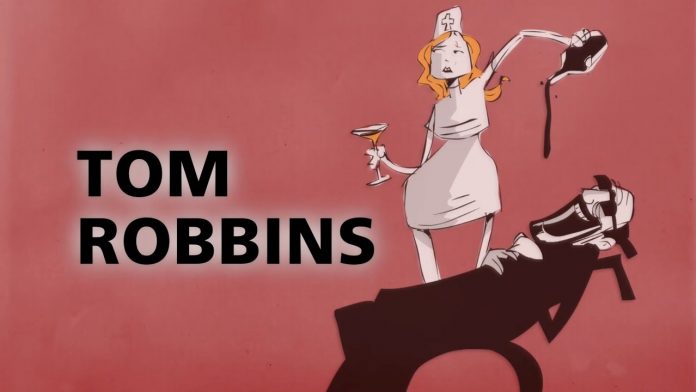 Tom Robbins, author of classics like Still Life of Woodpecker, Jitterbug Perfume, and Even Cowgirls Get the Blues, takes us inside the mind of a writer who’d prefer writing with a raven quill dipped in lizard blood. For many, including tons of college students, Robbins transported readers to another world where it seemed possible that enormously oversized thumbs could bring you happiness, and romance could take place inside a pack of cigarettes. Where do these fantastic stories begin?

We present outtakes from a previously unheard interview Robbins did with Tod Mesirow back in 1994 for a film about authors that was never made. In this episode of Blank on Blank, Robbins dreams about a nurse serving him tequila sunrises when he’s 85, why he took a two-by-four to typewriter and works in pen and paper, how his first attempts at writing began when he was five and a story about a pilot stuck on a deserted island, and how he pours over every word in his books 30 or 40 times.