Shadrach Kabango, the Juno award winning hip-hop artist better known as Shad, kicks off his role as the new host of CBC Radio’s revamped arts and culture program next week with a live show under the program’s refreshed banner.

Q, is relaunching on April 20 with a special two-hour broadcast in front of a live audience at Glenn Gould Studio in Toronto, the broadcaster announced Wednesday.

Shad’s first day behind the mic will feature a number of live performances and a diverse lineup of guests, including:

Canadian singer/songwriter Afie Jurvanen — better known as Bahamas — will also perform an acoustic tune and talk about an exciting new project he’s been working on for q, says CBC.

The show is already sold out, but there will be a rush line for those who didn’t get advance tickets.

Fans in Toronto who couldn’t get tickets can watch it at a live public screening in CBC’s atrium, starting at 8:45 a.m. ET.

Ticketholders must be in their seats by 8:45 a.m. ET, with the doors opening a half-hour before.

Listeners across the country can catch the livestream on CBC.ca/q from 9 a.m. to 11 a.m. ET. The broadcast will also air in its traditional slot on CBC Radio One starting at 10 a.m. (10:30 NT). 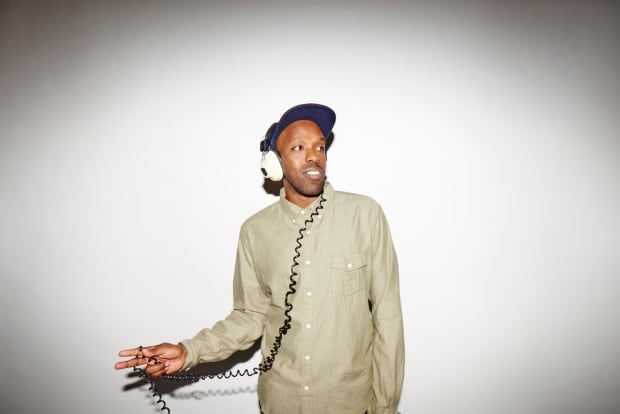 Shad’s first day behind the mic on q will feature a number of live performances and a diverse lineup of guests. (CBC)

Q fans will notice a number of changes as CBC producers attempt to spruce up the popular radio program. For one, instead of the show’s upper case “Q,” the show’s brand will now use a lower case version of the letter.

Other visual changes to come include a redesigned studio space using a new colour palette. Listeners can also expect to hear new sounds on the broadcast, including new audio signatures and a new opening theme song.

“We can’t reveal the artist yet, but suffice it to say we’re big fans,” says the show’s official blog.

Cindy Witten, interim executive director of CBC Radio and Audio, said Shad fulfilled their desire to have an “original thinker” and “a good conversationalist” behind the mic.

Born in Kenya to Rwandan parents, Shad was raised in London, Ont., and went on to earn a business degree from Wilfrid Laurier University in Waterloo, Ont., and a master’s degree in liberal studies from Simon Fraser University in B.C.

In the U.S., Q is broadcast in 165 cities through PRI and reaches a weekly audience of over one million people, the broadcaster said.