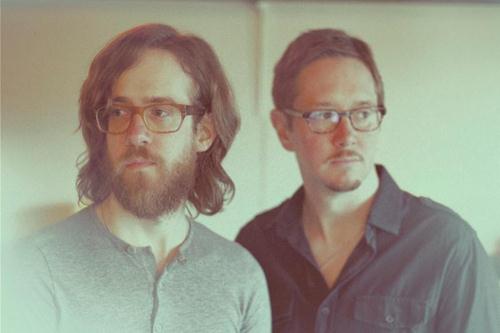 Midwest symphonic dream-prog duo, The Receiver, has revealed the initial details for its upcoming studio album, All Burn. All Burn – the group’s debut on progressive powerhouse, Kscope – will release on June 23 in North America. A teaser trailer can be seen here:

Comprised of brothers Casey (vocals, synths/keyboards, bass) and Jesse Cooper (drums & vocals), the siblings call All Burn their “best material to date which focuses on a dreamier aesthetic than our earlier work.”

Commented Jesse Cooper: “We’re hoping our fans will think this album was worth the wait! It’s the first time we’ve completely self-produced one of our albums, and we feel we got it right. This album is on the more ambient and groovier side, but is still undeniably a Receiver album. We feel it’s our best work to date, from music to concept. We wanted to make an album with a collection of songs that are able to stand alone by themselves, but also had a cohesiveness to listen to as a complete piece of work. The end goal was to create an album that stands the test of time.”

“A lot of music out there is one and done,” added Casey. “It might be really catchy at first, but it’s so instantly gratifying that it loses its luster after a few repeated listens. Our hope is that our music is catchy, but to always have layers that don’t demand attention upon first listen. The goal is to provide a lot for the listener to comb through over time – music to get lost in for a while.”

For a taste of what’s to come, check out the band’s stripped down performance of the upcoming album’s title track on the ‘Mug & Brush Sessions’:

The brainchild of Jim Morris, owner of The Mug & Brush barbershop in Columbus, Ohio, the sessions are an independent music video series featuring national and local Columbus artists, performed in the barber shop. Sessions are engineered and mixed by Keith Hanlon.

Formed in 2005 at The Ohio State University, The Receiver released its debut album, Decades, in 2006 on the New York-based, Stunning Models On Display Records. The duo returned with the sophomore offering, Length of Arms, in 2009 through Vital Music Records.

The Receiver is an incredibly active touring partnership, having played throughout North America and sharing the stage with notable acts such as St. Vincent, Midlake, The Album Leaf, Mono, Dawes, Royal Canoe, Maserati, Telefon Tel Aviv, Mr. Gnome and Operators to name a few, as well as performing at 2014’s CMJ Festival in New York.

The brothers have been featured on MTV2’s “Bands on The Rise,” and have songs included on the FX Network’s series, Dirt, as well as a number of independent shorts and films.